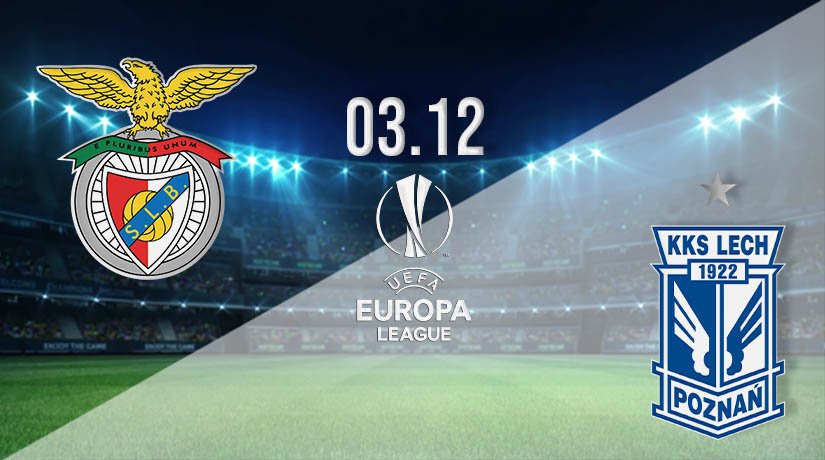 Group D of the Europa League is one of the most hotly contested in this season’s competition, as any of the four teams involved could still qualify. That will mean that there will be a must-win game this week for both Benfica and Lech Poznan.

Benfica remain in a strong position to qualify for the next round of the Europa League, but they will be aware that they will need to pick up maximum point to ensure that they achieve that. The Portuguese side have been held in their last two games in the competition, with both of these results coming against Rangers.

They remain the highest scorers in this group, as they have scored four more goals than Rangers. Benfica’s team spirit was on full display in their last game, as they fought back to take a point away from Ibrox. They scored twice despite only having two shots on target in the 90 minutes. A James Tavernier own goal pulled one back for the Portuguese side with ten minutes remaining, before Pizzi scored the equaliser just three minutes later. It would have been a hammerblow for Rangers, but Benfica will take confidence from their fightback coming into this fixture.

Lech Poznan still have a glimmer of home in the Europa League, but they will need to win both remaining games against the sides that are currently in the top two positions of the group. Poznan managed to win their first game of the group against Standard Liege, before they were beaten by the same opponents in their most recent fixture. That defeat was a devastating blow for them, as a win would have put them within two points of the top two sides. Their challenge is hard going into the final two rounds of games, and this is a must-win game for the Polish side.

Mickey van der Hart will be the big miss for the travelling side as they travel to Portugal. Meanwhile, Julian Weigl and Dawin Nunes will be missing for Benfica through COVID-19. Nuno Tavares and Pedrinho will also miss out.

Lech Poznan will need to put everything on the line in this match, as they need the three points to keep their hopes alive. However, Benfica have a much better squad and are in good form in the Europa League, which means that we expect the Portuguese side to get the win.

Make sure to bet on Benfica vs Lech Poznan with 22Bet!