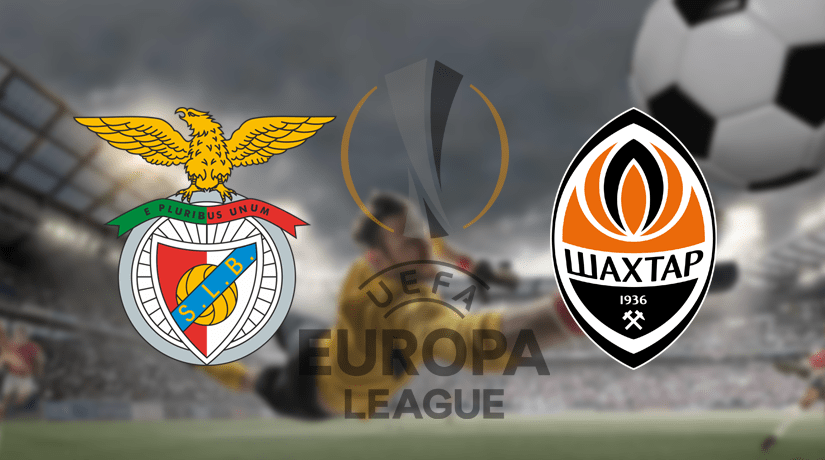 Benfica welcome Shakhtar Donetsk to the Portuguese capital on Thursday in a tense Europa League round of 32 second leg meeting.

The Ukrainian giants came out on top in the first leg 2-1 thanks to a late Viktor Kovalenko winner, following a tight and well-fought match up.

However, with the home advantage the Primeira Liga leaders will look to come back stronger in the second leg and with an away goal to their name, they know a 1-0 win would send them through.

Shakhtar, on the other hand, simply need to avoid defeat and their coach Luis Castro will undoubtedly have a plan to cause Benfica issues once again.

Bruno Lage’s side will be without Gabriel Pires and Jardel for this match, with both ruled out through injury.

Midfielder Andreas Samiris and forward Carlos Vinicius are both doubts and will be assess ahead of Thursday.

Shakhtar are set to be without Manor Solomon in their only enforced absence for this game.

Elsewhere, Dodo returns from suspension for the second leg and should start, while a number of key players will return after being rested in the league over the weekend.

Shakhtar were the better side in the first leg and were deserved winners, but should face a different challenge when they travel to Lisbon on Thursday.

Benfica have been prolific in front of goal at home domestically and have lost just once from 11 matches, conceding just five goals.

However, Shakhtar were able to create a number of presentable opportunities in the first leg and Moraes in top form this season, he should present Benfica’s defence some problems.

Overall, this is one of the harder tie to predict, with both sides evenly matched.

However, Benfica just about have the edge because of their away goal and should go through to the next round.

Make sure to bet on Benfica vs Shaktar with 22Bet!