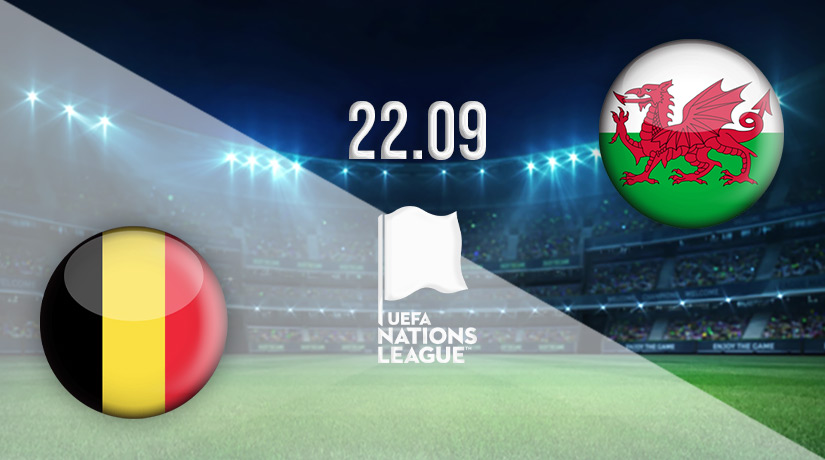 Second-placed Belgium will be looking to inch upwards in Group D when they host bottom-of-the-table and winless Wales on Thursday at 19:45 GMT. Wales will be looking for their first win in their Nations League campaign this term as Belgium seek to put pressure on top-of-the-table Netherlands.

Can Belgium Apply Pressure on Netherlands with a Win against Wales?

Belgium will be looking for a win at home to Wales on Thursday as they look to make up the three-point gap to the group leaders Netherlands.

Roberto Martínez will be looking for a confident and front-foot performance from his side against winless Wales and to take the three points they need.

Martínez will focus on the intensity, energy, and fluency of his side to get the best out of the talents in the squad. He will seek to ensure his midfield can not only be dominant against Wales but also well connected with the attack to create chances.

Can Wales Win their First Match in the Nations League Campaign this Term?

Rob Page will be looking to get his side to the right mindset as they search for their first win in the Nations League campaign this term when they clash with Belgium on Thursday.

Winless so far in the campaign, Page will be looking to get his side motivated for the competition, even as they prepare for the World Cup in Qatar.

With massive pace in the wide areas, Page will focus on making his side compact to form the platform for their transition attacks. He will be wary of the plethora of talent at Belgium’s disposal, especially in attacking areas.

Roberto Martinez’s side started their Nations League campaign this term with a 1-4 reverse at home to Netherlands. However, they bounced back from this result by hammering Poland 6-1 at home.

Belgium were also held to a 1-1 draw away to Wales on matchday 3, before beating Poland 0-1 on matchday 4.

Martinez’s side have collected 7 points from the available 12. They will be looking to bolster their consistency starting with their clash against Wales on Thursday.

Wales have had a poor start to their Nations League campaign; they have collected a solitary point and dropped 11 in their opening four matches so far.

Rob Page will be looking to lift his side’s morale, reshape their approach, and get them ready for the challenge posed by Belgium on Thursday.

The Manchester City ace is the heartbeat of the Belgian national team. He provides the creative spark for the team’s attacking play.

De Bruyne’s movement, passing, and finishing touch are all important attributes that make him important to the Belgian team.

Roberto Martinez will look to ensure that De Bruyne is in the right attacking places to have the biggest impact on the match.

The 33-year-old is still Wales’ talisman, despite moving to Major League Soccer. His pace and goal scoring are important aspects the Wales national team will need in the clash with Belgium.

At 33, Bale is experienced and has become the leader of the Wales team. He can lead the attack and ensure that other attackers are where they should be tactical.

His pace will especially pose a threat to Belgium alongside Daniela James, who is equally rapid in attacking transitions.

Belgium will take the initiative, play on the front foot, dominate possession, and try to use their passing to create chances between the lines. They will use wingbacks to stretch the Wales defense and create goal openings.

Wales will prioritize solidity and compactness. They will leave little space to be exploited by Belgian attackers. They will then use quick transitions to attack Belgium

Belgium will win the match and take all three points.

Make sure to bet on Belgium vs Wales with 22Bet!