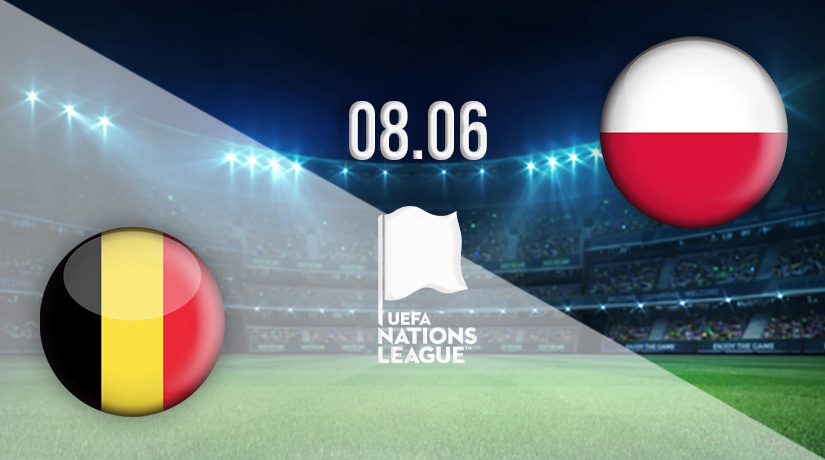 After Belgium suffered a comprehensive 4-1 defeat on home soil against the Netherlands on opening day, they will welcome Poland to the King Baudouin Stadium on Wednesday at 19:45GMT for matchday 2 of the Nations League as they seek to bounce back.

Can Belgium Bounce Back to Winning Ways in the Nations League?

Roberto Martinez will be looking for an immediate response from his players when they take to the pitch on Wednesday against Poland.

Sitting at the bottom of the Group means that Belgium need to bounce back immediately and ensure that they do not lose too much ground on their rivals in the group.

Martinez will focus on fine-tuning the performance and intensity of his team to ensure that they do not repeat the mistakes and lapses that led to the 4-1 defeat against the Netherlands.

The Belgian players will also be motivated to give a better account of themselves in the clash with Poland and recover from the hammering by the Dutch.

Can Poland make it Two Consecutive Wins in the Nations League against Belgium?

Poland started their Nations League with a 2-1 win over Wales, coming from a goal down in the second half to win, with the winner notched in the 85th minute by Karol Swiderski.

The focus will be on maintaining the performance levels from the Wales game and ensuring that the team are consistent in their application, energy levels, pressing, and work rate among the players.

Czesław Michniewicz will know that the level and quality of opposition will be daunting when they face the Netherlands; however, he will back his team to provide a robust performance and even get a favourable result.

In their last five matches, Belgium have won just twice in the friendly fixture against Burkina Faso (3-0) and the World Cup Qualifier against Estonia (3-1).

Martinez’s side have drawn twice and lost once in this run. The draw came in a 2-2 stalemate against Ireland in an international friendly, whereas the defeat came against the Netherlands (4-1) on the opening day of this Nations League campaign.

Poland have won three out of their last five outings in international football; they have also had one draw and one defeat in this run of form.

The defeat came on matchday 10 of the World Cup Qualifiers Group Stage against Hungary; the match ended 2-1 in favour of Hungary. Since this reverse, Poland have gone three matches without defeat.

The last two matches for Poland have ended up in two wins; this includes a 2-0 triumph against Sweden and the latest 2-1 defeat of Wales on matchday 1 of this Nations League campaign.

Poland will be looking to take this form into the clash with Belgium on Wednesday.

After the underwhelming match against the Netherlands, Martinez will be looking for his best player to step up in the clash with Poland.

The Manchester City ace will be crucial for Belgium’s approach to the game, retention of the ball, and attacking methods and success. The focus will be to find the right balance, especially among attacking players to get the best out of De Bruyne and the team.

The Bayern Munich striker is one of the most lethal players in front of goal in the world. His quality, movement, physicality, and creativity are massive assets for the Poland team.

He will be important for the team when they face Belgium on Wednesday as they seek to make it two consecutive wins at the start of the Nations League campaign.

Belgium will seek to dominate the match with patient build-up from the back, maintaining and retaining possession, and thus focusing on breaking down the Polish defence through quick passing and a high tempo.

Poland will focus on negating the danger focused by Belgium, and they will use transitions and set pieces to poses a danger to Belgium.

Belgium will win this match and get off the mark in this Nations League campaign.

Make sure to bet on Belgium vs Poland with 22Bet!