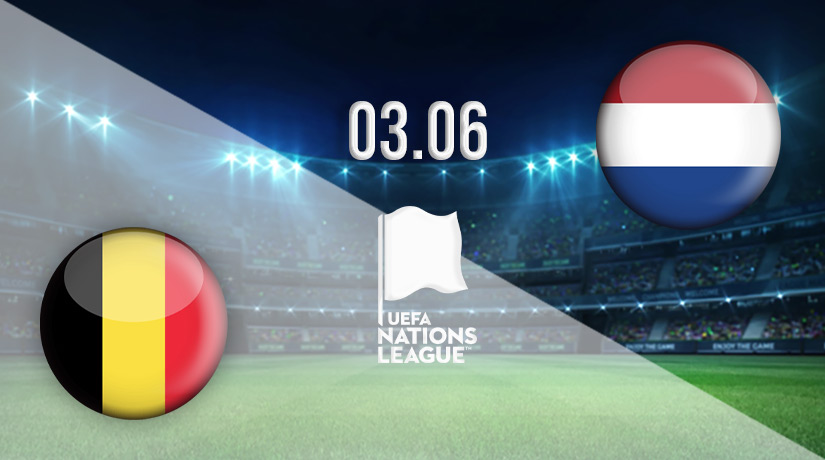 The King Baudouin Stadium will witness the blockbuster opener to the Nationals League campaign on Friday for two of Europe’s strongest footballing teams – the hosts Belgium and the visitors the Netherlands – with the kick-off slated for 19:45GMT.

Can Belgium Begin the Nations League with a win against the Netherlands?

Roberto Martínez will be looking to ensure that his star-studded squad are in the right mentality heading into the start of their Nations League campaign,

This is especially crucial after Kevin De Bruyne was quoted saying that the Nations League is excessive and negatively affects players by adding to their football calendar.

Martinez will work to ensure that his players are not distracted ahead of a tough match against Oranje on Friday.

Belgium will also be aware that it is about time they delivered on the promise of the golden generation as they also prepare for the World Cup in November this year.

Can the Netherlands Win away from Home in Belgium to Make a Winning Start to their Nations League Campaign?

Louis van Gaal will be hoping for a winning start to their Nations League campaign for Oranje as they also set about preparing for their World Cup opener against Senegal in November and other matches in Group A including clashes with Ecuador and Qatar.

Friday’s clash against Belgium will be crucial as an opener and to their Nations League campaign as well as potentially being the most difficult – on paper – with the other fixtures being against Poland and Wales.

Louis van Gaal will hope to take a psychological advantage by winning away from home against their main opponents in League A Group 4 of the Nations League tournament.

In their last outings in international football, Belgium lost just once; the defeat came in the UEFA Euros Quarter-Final match against Italy in a 2-1 result that knocked them out of the running for the Euros.

In this run, Belgium have won seven matches and drawn two others as they have continued in excellent form.

In their last two friendly matches, Belgium have drawn 2-2 against Ireland and defeated Burkina Fas 3-0 as they prepared for the start of their Nations League campaign.

The Netherlands are unbeaten in their last nine matches in international football. The last time Oranje lost was in the UEFA Euros round-of-16 where they were knocked out by the Czech Republic in a 2-0 defeat.

In the last ten outings, Louis van Gaal’s side have won six matches, drawn three times, and lost once.

Their last two matches have been friendlies designed to help Oranje prepare for the Nations League campaign and get in shape for the World Cup in November; these matches have ended in a 4-2 win over Denmark and a 1-1 draw against Germany in March.

Louis van Gaal will hope that his side are ready to take on Belgium on Friday to get a positive result in the opener.

The Manchester City midfielder is a crucial cog for Roberto Martinez’s side; he offers a crucial creative spark for the team as he roams the midfield and drifts into wide areas.

De Bruyne also provides a goal threat through his movement and runs, as well as being a specialist from set-pieces.

The creative midfielder will be important for Belgium in the clash against Oranje on Friday.

The Barcelona forward is a crucial asset for Louis van Gaal as he puts together a strong and competitive team in the match against Belgium as well as building a team for their World Cup opener in November.

Depay’s movement, pace, and goal-scoring are important attributes for Oranje as they seek to dominate matches and win the points they need to top their Nations League group.

Depay will be crucial for Holland when they face Belgium on Friday.

Belgium will dominate the match with possession and set the tempo through their patient build-up play.

Oranje will also seek to build play from the back and dominate the ball by pressing higher up the pitch and ensuring that Belgium do not settle on the ball.

A draw is the favoured result in this match given the form and quality of the two teams.

Make sure to bet on Belgium vs Netherlands with 22Bet!