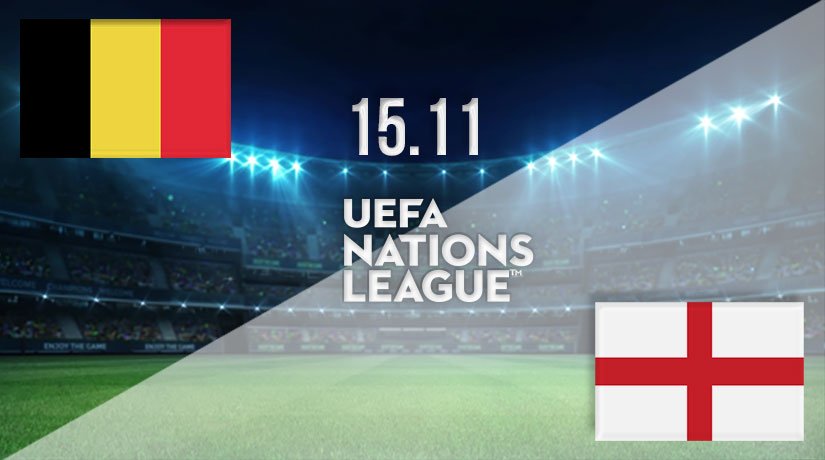 Domestic football may be on ice this weekend but there’s plenty to keep followers of the beautiful game entertained thanks to the latest round of fixtures from the UEFA Nations League. One of the standout games of the weekend pairs Belgium and England from 19:45 on Sunday.

The stats sheet shows Belgium and England have met a total of 23 times in the past with England dominating the head-to-head scores. The visitors have claimed 16 wins against three for Belgium with four matches ending in a draw. England won 2-1 in this competition last month thanks to goals from Rashford and Mount, fighting back from 1-0 down.

Belgium top of Group A2

Belgium started the Nations League as one of the early favourites to win Group A2 before going on to secure the tournament outright. They have made a strong start to the campaign, winning three and losing one of their first four games with the nine points claimed putting them in pole position ahead of Denmark, England, and Iceland.

The home team suffered that loss against England but made a quickfire return to winning ways when bagging all three points in their last game. They got back on track with a win over bottom club Iceland, as was expected of them, and that put the Belgians back in control. A win here would move them a step closer to being crowned champions of the division.

England’s Nations League campaign hasn’t gone according to plan so far and they are third in the group with seven points in the bank. The visitors have won two, drawn one, and lost one game to date which leaves them level on seven points with Denmark and two behind their hosts.

The Three Lions were last seen at this level suffering a shock home defeat to the Danes, sinking to a 1-0 last month at Wembley. The beaten side finished that match with nine men after both Maguire and James were sent off, Eriksen netting from the penalty spot on 35 minutes.

A home win for Belgium would all but confirm them as winners of the group while England need a victory over the pool leaders to keep their campaign alive.

Make sure to bet on Belgium vs England with 22Bet!