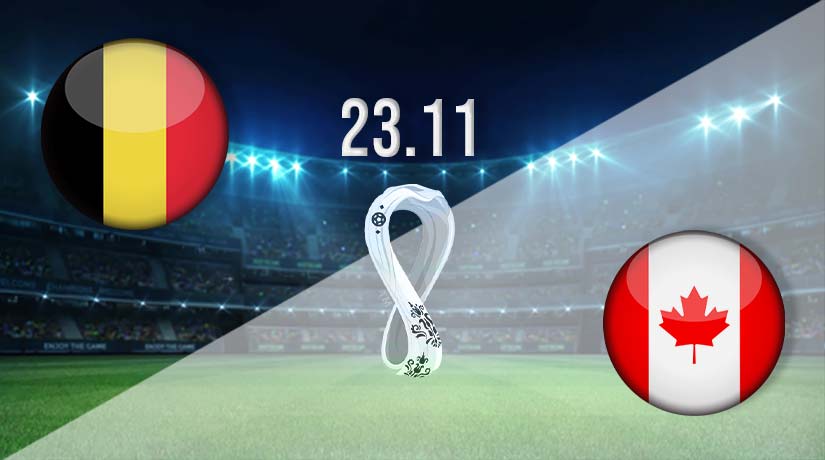 History will be made in Qatar at the World Cup on Wednesday, as Canada make their long awaited return to the competition for the first time since 1986. However, they face a difficult opening day assignment in the competition, as they take on Belgium.

There will be an interesting opening match in Group F at the World Cup, as Belgium look to get off to the perfect start against Canada. There is certainly a sense that Roberto Martinez’s side may have missed their perfect opportunity to win a piece of silverware, as their golden age of talent is coming towards its end.

However, they still looked extremely formidable throughout qualification. But, their recent form has been pretty underwhelming, as they have claimed just a single victory in their previous three matches. That victory was secured against Wales, but they have lost each of their previous two. Their most recent loss was suffered in their final warm-up fixture, as they lost 2-1 against Egypt last week. But, few would be surprised to see them get back on track in this opening World Cup fixture.

Canada’s qualification was one of the big stories coming into the World Cup, and they will be looking for a number of historic records. The nations has never won a match at the competition, while they have also failed to score in their previous three fixtures at the World Cup. But, they showed throughout qualification that they are a team well worth keeping an eye out for.

Canada comes into the competition after having recorded a victory in their last warm-up fixture, as they recorded a 2-1 win against Japan last week. Steven Vitoria scored the first goal in that win, before the success was wrapped up by Lucas Cavallini in the 95th minute.

Belgium vs Canada Head to Head

Belgium and Canada will meet at the World Cup for the first time in their respective histories on Wednesday. There has been just one previous meeting between the nations, with Belgium claiming victory in a friendly in 1989 with a 2-0 scoreline in Ottawa.

This will be a thrilling fixture between two nations that like to play on the front foot. We could see Canada scoring their first ever World Cup goal against Belgium, but it may count for very little as we still expect Belgium to get the victory.

Make sure to bet on Belgium vs Canada with 22Bet!