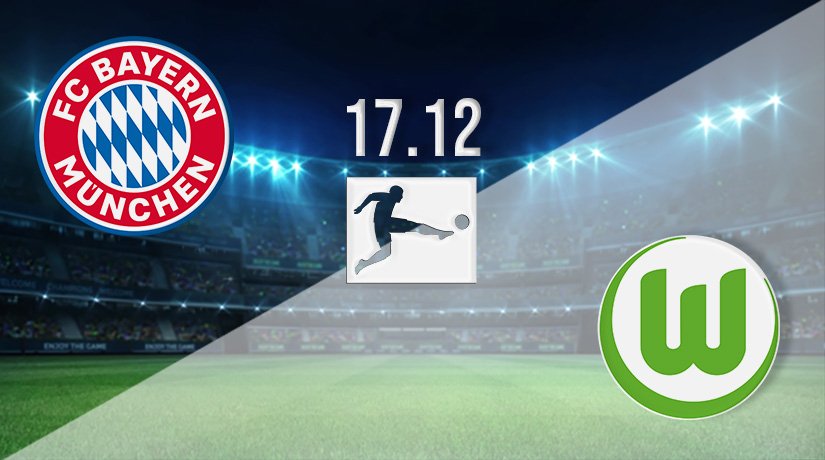 Bayern Munich will be looking to add to their 3 straight victories in the Bundesliga when they host Wolfsburg at the Allianz Arena on Friday at 20:30 GMT.

Julian Nagelsmann will be looking to shore his stranglehold of Bundesliga’s top spot and give the chasing pack no encouragement.

Can Bayern Munich Continue Their Good Form and Pull Away from the Chasing Pack?

With Dortmund only drawing and Leverkusen losing, Bayern Munich’s 2-1 victory over Mainz ensured that they pulled six points clear of Dortmund at the top of the table.

The Bavarians will be looking to maintain or extend this advantage when they entertain Wolfsburg.

Can Wolfsburg Get Their First Win in Three Matches?

Three straight defeats and four matches without a win make for hard reading for Florian Kohfeldt’s side.

They have to start winning matches, and soon, if they are to stand a chance of pulling away from the mid-table slog, or worse, a relegation threat.

Florian Kohfeldt will know that challenges do not come sterner than facing Bayern Munich at the Allianz Arena, but they will have to give it a mighty go to even stand a chance of competing.

Nagelsmann’s side have collected 15 points from the available 18 over the last six rounds of fixtures in the Bundesliga. The only blip in this run was the surprising 2-1 reverse against FC Augsburg.

At the Allianz Arena, Bayern have won five and lost once in the last six outings on their home ground.

In their last six matches, Florian Kohfeldt’s men have collected seven points and dropped 11. They have won two, drawn one, and lost three straight fixtures.

Away from home, Wolfsburg have won two, drawn one, and lost three; which means that they have also collected 7 points in this run, and dropped 11.

Julian Nagelsmann will be without the services of 21-year-old right-back Josip Stanisic, who is out with a torn muscle bundle.

The Bavarians cannot call on Joshua Kimmich for the upcoming match against Wolfsburg because of fitness, whereas Eric Maxim Choupo-Moting is out after testing positive for the coronavirus.

Florian Kohfeldt will be without center-forward Bartosz Bialek, with the 20-year-old nursing a ruptured cruciate ligament.

Wolfsburg will also be without the services of 24-year-old central midfielder Xaver Schlager, who is also side-lined with a ruptured cruciate ligament.

Right-back William is out with a knee injury as well, and will not be available for selection on Friday at the Allianz Arena.

With 25 goals and three assists in 21 appearances, Lewandowski is the most prolific player in the Bundesliga.

He is Bayern’s leading marksman and the source of all the danger for Nagelsmann’s side. He will be crucial again when the Bavarian welcome Wolfsburg on Friday.

Lukas Nmecha has plundered 7 goals in 19 appearances for Wolfsburg this season. This makes him the top scorer for the club, ahead of Weghorst with five goals and one assist.

Nmecha will be crucial if Wolfsburg are to get anything from the Allianz Arena on Friday.

Expect Bayern to play their high-energy style of play based on dominating possession and building-up play from the back at pace. Their pressing and counter-pressing will also be a common feature in this match, as Nagelsmann will look to physically dominate Wolfsburg.

Florian Kohfeldt will set up his team to be disciplined and play on the counter. This will allow them to soak up as much pressure as possible from Bayern while limiting them from having clear-cut chances.

Bayern Munich, playing at home and on current form, will have too much for Wolfsburg who are in a terrible run of fixtures and short on confidence. The Bavarians will take all three points.

Make sure to bet on Bayern vs Wolfsburg with 22Bet!