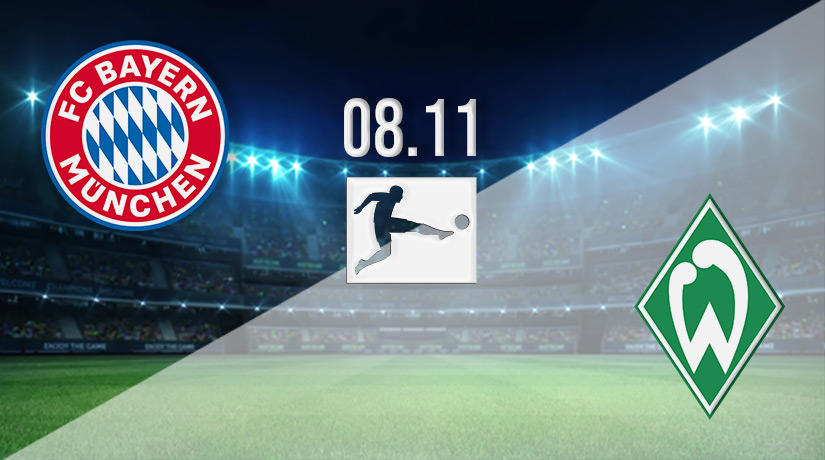 Bundesliga leaders Bayern will play host to 7th placed Werder Bremen on Tuesday, November 8th, at the Allianz Arena, with the clash kicking off at 1930hrs GMT.

A win for the home side will be instrumental in solidifying their top position, with Union Berlin hot on their heels with a game in hand.

With Lewandowski departing for Spain in the summer, the Bavarian giants have not struggled to replace the prolific talisman. The Bundesliga leaders have scored 41 goals so far this season, with the goal-scoring burden split between the forwards.

The 33-year-old Choupo-Moting is enjoying his purple patch with 5 league goals and 2 assists so far this season. Julian Nagelsmann will hope that the forward continues his run of form and delivers results on Tuesday against Werder Bremen.

Reigning Socrates Award winner and African Player of the Year, Sadio Mane has adjusted wonderfully to his new life in Germany. With 6 goals and 3 assists in 13 appearances so far this season, he promises to be a game-changer in this match.

With the firepower available to manager Julian Nagelsmann, it is hard to see any result other than a Bayern win on Tuesday.

Niclas Füllkrug has been a revelation so far this season. The German forward has bagged 10 goals and 2 assists in 13 appearances this season. Only Christopher Nkunku (11) of Leipzig has scored more.

Mitchell Weiser is fourth in the Bundesliga on the assists charts with 5. The attacking-minded defender also has one goal to his name.

The two will pose a serious threat and will be the visitors’ chance to get something from the Allianz Arena.

With a goal difference of 4 (scored 23, conceded 19), Werder’s only chance at winning will be to outscore their opponent, given the porous defense. However, they will be up against the second-best defensive record in the Bundesliga this season.

Expect the match to be open and chances created on both sides. Bayern have the firepower to convert the chances and the defensive manpower to ensure a win.

Make sure to bet on Bayern München vs Werder Bremen with 22Bet!