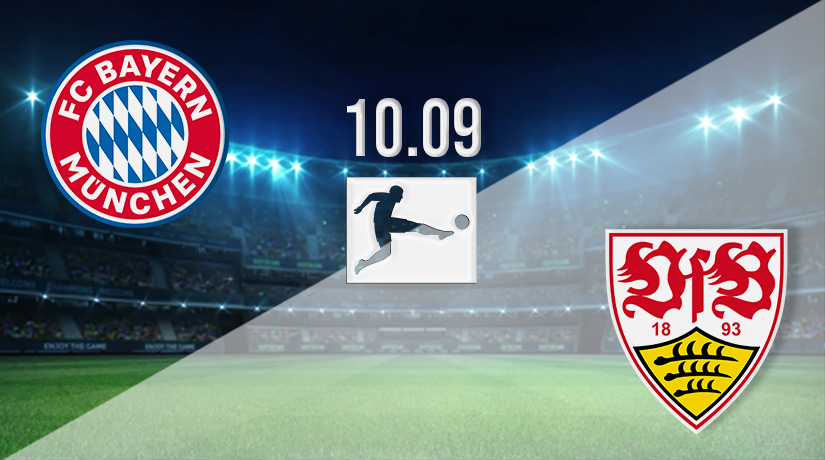 Bayern Munich will be looking to build momentum in the Bundesliga this weekend after capping a fine team display against Inter Milan with victory in the Champions League in midweek. Stuttgart are the visitors to the Allianz Arena, as they look for a first win of the campaign.

It hasn’t been the start to the season that Bayern Munich would have been hoping for, as they currently sit third in the Bundesliga standings. However, they are yet to lose in five league fixtures this season, and momentum certainly would have been built by a 2-0 away success against Inter Milan in the Champions League on Wednesday.

The Bavarian giants come into this fixture after being held to draws in theri previous two fixtures, while they have also allowed the fewest goals against in the German top-flight so far this term. Their latest league draw came on the road against Union Berlin last weekend. The only Bayern goal in that match was scored by Joshua Kimmich after just 16 minutes. However, they will be keen to return to winning ways and end this run of draws.

Stuttgart are one of three Bundesliga sides still looking for a first victory this season, as they have been held to four draws across the opening five rounds of fixtures in Germany. They currently sit 12th in the league standings, and victory on Saturday in Munich could lift them up to eleventh.

A second draw in a row was played out by Stuttgart last time out, as they were held by Schalke at home. Chris Funrich opened the scoring for Stuttgart, but Schalke equalised just three minutes later.

Bayern has a very strong record against Stuttgart, as they have claimed victory in 67 of the previous 106 meetings. Stuttgart have picked up 18 victories during that same period. However, the travelling side this weekend drew 2-2 with Bayern last season, and have now picked up four points from their previous four visits to Munich.

We can see Stuttgart’s wait for a first victory of the season carrying on this weekend, as it’s incredibly hard to see past Bayern. We expect them to pick up from where they left off against Inter, and a 2-0 win could be on the cards at the Allianz Arena.

Make sure to bet on Bayern Munich vs Stuttgart with 22Bet!