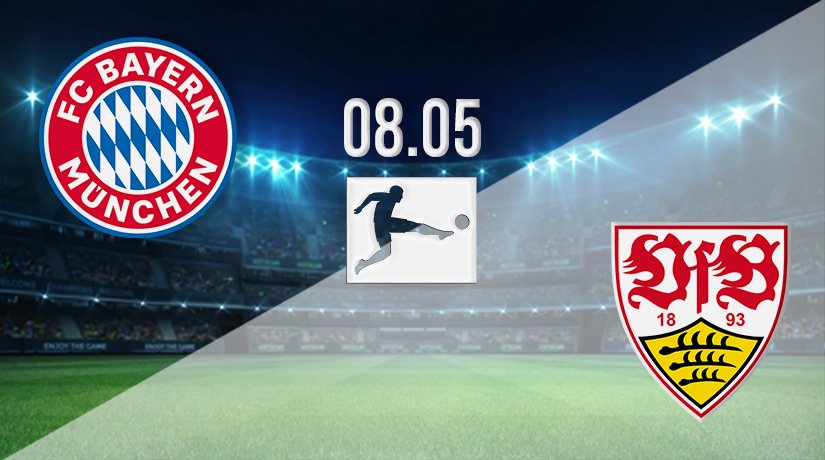 With just two matches remaining in the Bundesliga season, and with Bayern Munch having wrapped up their 10th consecutive title, they welcome Stuttgart to the Allianz Arena on Sunday at 16:30GMT as the latter seek to avoid relegation.

Can Bayern Maintain Motivation to Play to Win Against Stuttgart?

The levels might have dropped for Bayern Much in their surprise 3-1 defeat away at Mainz last Saturday. However, Nagelsmann will hope his side can regain their irresistible best when they welcome Stuttgart to the Allianz Arena on Sunday.

Having exited the Champions League at the hands of Villarreal and with the Bundesliga already won, and having exited the DFB Pokal, Bayern Munich’s stars might have nothing to fight for in the last two matches.

However, Nagelsmann and his men will be ready to ensure the paying fans have something to enjoy at the expense of Stuttgart.

Can Stuttgart Win at the Home of the Champions to Give their Bid to Avoid Relegation a Shot in the Arm?

Stuttgart are precariously just two points from the drop zone with two matches remaining; they need to win the two remaining matches to make sure they are safe.

This includes Sunday’s massive clash with champions Bayern Munich at the Allianz Arena. A loss coupled with a win for Arminia will see Stuttgart drop into the relegation zone.

This highlights the importance of this match for Stuttgart, paying against a Bayern Munich side going through the motions with nothing to play for in the remaining two matches.

Bayern have been in red hot form apart from the surprise 3-1 defeat against Mainz last week. However, coming after the title had been wrapped up means that the relentlessness of the Bavarians might have dropped.

Nagelsmann will be looking for his side to re-capture their form and get back to winning ways immediately against Stuttgart on Sunday.

Stuttgart have collected six points out of the available 18 in their last six rounds of Bundesliga fixtures.

They have won one, drawn three times, and lost twice in this run. They will need to get maximum points from the remaining matches to make sure that they survive in Bundesliga; this will be especially the case if Arminia get maximum points.

Nagelsmann will be without 30-year-old right-back Bouna Sarr for Sunday’s clash with Stuttgart. The defender has had problems with his patella since March 30th, 2022, and has missed seven matches so far.

The rest of the squad is fit and available for selection for the match on Sunday.

The relegation-threatened side have several injuries to contend with ahead of the clash at the Allianz Arena.

Naouirou Ahamada is also a doubt for the Sunday match with the 20-year-old defensive midfielder recovering from a fractured toe he suffered on March 17th, 2022. Ahamada is expected to be back by the 30th of May.

The Poland international will be looking to add to his 47 goals and five assists in 42 matches this season for Bayern Munich.

As the deadliest striker in the Bundesliga, Lewandowski is the main man for Bayern Munich going forward, and he will be crucial for their clash with Stuttgart.

Apart from defensive solidity, Stuttgart will need a goal to bolster their chances of winning the match on Sunday. Kalajdzic will lead the line and the responsibility will be on him to create and take chances during the match.

Bayern Munich will start with a high tempo and dominate possession and territory. They will press across the pitch and pin Stuttgart back.

Stuttgart will be solid and rely on counter-attacks to cause the Champions problems. They will also seek to use set pieces to create openings for a goal against Bayern.

Make sure to bet on Bayern vs Stuttgart with 22Bet!