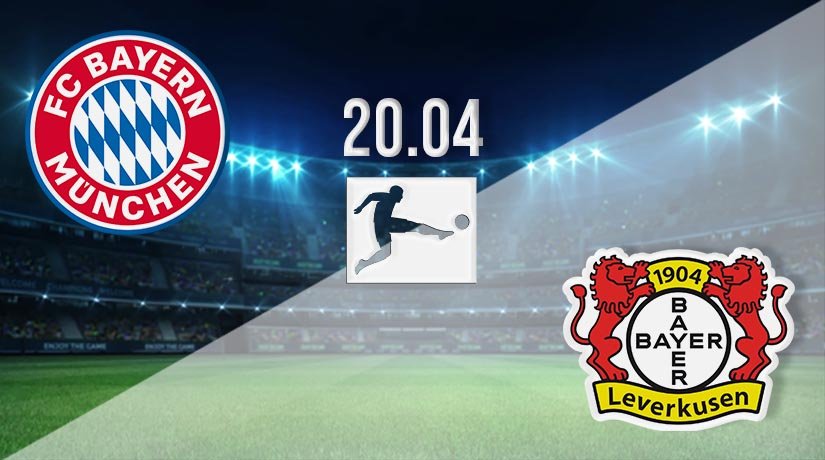 The race for the Bundesliga trophy resumes in midweek with favourites Bayern Munich playing host to Bayer Leverkusen. Followers of German football can watch the match live on television from 19:30 as FCB aim to make their home advantage count and strengthen their position at the top of the table.

Bayern enjoys a sizeable advantage over second-placed RB Leipzig and the chasing pack with the clock running down. They’ll be looking to do the double over Leverkusen this season after beating them 2-1 on the road late last year. Munich took all three points that day thanks to a double from Robert Lewandowski, the second coming with 90 minutes on the clock. Will we see more of the same here, or can Bayer battle back?

Bayern Munich sits in pole position after 29 games and is edging closer to another Bundesliga title. Munich has dominated German football over the last decade and has tightened its grip even without their support during the coronavirus lockdown. They have won 21, lost five and drawn three.

The locals are on an unbeaten run, winning four and drawing one of their last five games. They were held to a rare home draw by Union Berlin earlier this month when playing out a 1-1 finish. That was followed by their elimination from the Champions League at the hands of French Ligue 1 champions PSG who progressed on away goals after a 3-3 aggregate finish. Bayern did return to winning ways at the weekend, beating Wolfsburg 3-2.

Bayer Leverkusen started the season as one of the favourites to challenge Bayern Munich for the Bundesliga crown. The least fans expected was a top-four finish and return to the Champions League, but things haven’t gone according to plan thus far. The visitors are sixth in the league on 47 points. Their form so far reads 13 wins and eight draws against eight defeats. That tally puts them six points behind Frankfurt in fourth.

Leverkusen is improving, however, and hope a solid finish to the season will help push them back into the prize places. They are unbeaten in their last three games, taking seven points from the nine available to them. They beat Koln 3-0 at the weekend and make this trip full of confidence.

Another home win would keep Munich on track for the title, and they are certainly good enough to achieve that. They have found their form at the right time this season and deserve the title that looks to be heading their way.

Leverkusen is running out of time. They know they must get something from this match but also understand beating Munich is no mean feat. A point wouldn’t be the worst result for Leverkusen. Defeat could cost them the top-four.

Make sure to bet on Bayern Munich vs Bayer Leverkusen with 22Bet!