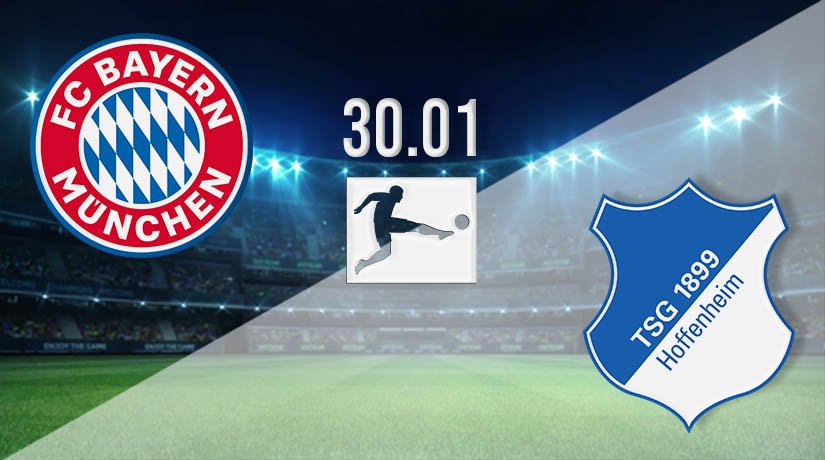 Bayern Munich have taken full control of the Bundesliga at the half way stage of the season, as they have a huge seven-point lead over RB Leipzig at present. They will look to stretch that advantage this weekend with a win against Hoffenheim.

It took a while this season, but Bayern Munich have finally been able to build up a lead at the top of the Bundesliga after wearing down the sides around them. The Bavarian side have been able to build on their lead after RB Leipzig and Bayer Leverkusen have flinched in the title race, and have dropped point consistently over the past six matchdays. Bayern meanwhile have won five from six, and have won the last three games that they have played in the Bundesliga. The defensive fragilities that had been evident for Bayern throughout the season have been amended over recent weeks, as they have kept consecutive clean sheets against Augsburg and Schalke. The Bavarians ran out easy winners against Schalke last time out, as they won 4-0. Thomas Muller scored two in that victory, while Robert Lewandowski and David Alaba also found the net.

Hoffenheim head to the Allianz Arena currently sitting in eleventh place in the Bundesliga table. However, they have been in decent form over recent weeks, as they are unbeaten in three games. They have won their last two games in the Bundesliga, with a win against FC Köln being their last outing. Andrej Kramaric scored two penalties in that game to take his tally for the season to 12 for the season. Christoph Baumgarter also scored in the win for Hoffenheim. They have won their last two games 3-0, but another 3-0 success in this fixture looks hugely unlikely.

Bayern’s long unbeaten run in 2020 was brought to an end by Hoffenheim, as they ran out 4-1 winners in the game between the sides in September. Hoffenheim will also come into this fixture in good form at the Allianz, as they beat Bayern in Munich in 2019 2-1.

Hoffenheim have a decent record against Bayern in the recent meetings between the teams. However, while they are in good form, it will still be hard to see anything other than a home win in this game, as they look to stretch their advantage at the top of the league.

Make sure to bet on Bayern Munich vs Hoffenheim with 22Bet!