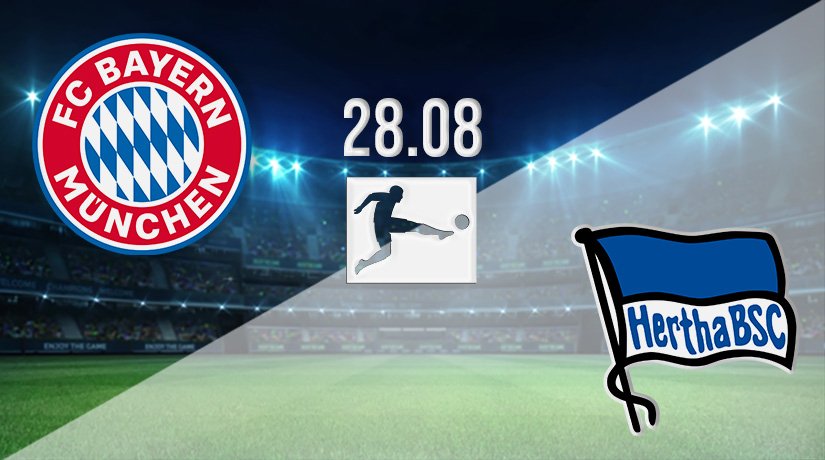 Bayern Munich’s Bundesliga campaign continues at the Allianz Arena on Saturday, as they welcome Hertha Berlin the Bavaria. The league champions will be looking for a second win in three games.

It hasn’t been the greatest start in the league for Bayern Munich this season, as they have won just one of their opening two league games. However, a slow start is nothing new for the Bavarian giants, as they typically make their charge towards the league title in the second half of the season. Bayern were held on the opening weekend by Borussia Monchengladbach, before they edged over the line to get their first win of the season last weekend. They were made to work exceptionally hard by Köln, as the visitors came back from 2-0 down in the second half. However, Bayern’s strength in the attacking third was ultimately decisive, as they restored their lead in the 71st minute when Serge Gnabry smashed home. That was the second goal of the game for the winger, while Robert Lewandowski was also on the scoresheet.

Hertha Berlin are the only side in the Bundesliga yet to pick up a single point this season. The writing could be on the wall for them this campaign, as they narrowly avoided the drop at the end of last season. Hertha have lost both games that they have played, and have conceded five goals already. Two of those goals came in their 2-1 away defeat against Wolfsburg last weekend. Hertha went ahead in that game, as Dodi Lukebakio scored from the penalty spot. However, the current league leaders came storming back and scored two goals in the final 20 minutes. Regardless, Hertha could have taken confidence from the performance that they put in.

Hertha Berlin have picked up just one win in the Bundesliga against Bayern Munich in the last ten years. That victory came in the 2018-19 season, as they won 2-0 at home. However, since then, Bayern have won four of the previous five fixtures between the sides.

Hertha did show signs of a fightback last weekend, but this is a huge test. Bayern haven’t hit the ground running to this point, but they have more than enough firepower to easily get Hertha at the Allianz Arena this weekend. The Bavarian giants could win this game 3-0.

Make sure to bet on Bayern Munich vs Hertha Berlin with 22Bet!