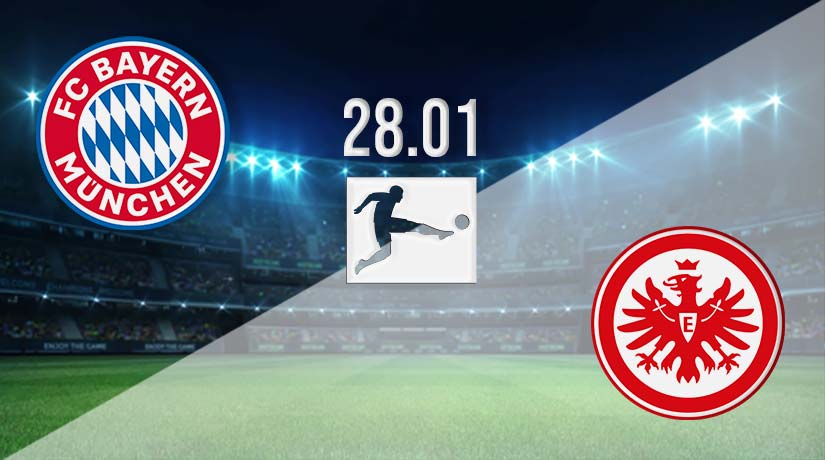 Welcome to another weekend of football action from across Europe, and we have a jam-packed schedule for you with games of note played in England, Spain, and Italy. A fixture also catches the eye in Germany, where Bayern Munich hosts Europa League champions Eintracht Frankfurt on Saturday evening. This match sits as the main attraction from a six-fixture list from German football’s top tier on Saturday and will be shown live on TV to a global audience. But which team will win the points in front of the watching world?

Regular readers of our football previews and predictions already know the love affair we have for German football. It’s fast-paced, exciting, and unpredictable, with a steady stream of exciting games. Saturday’s main event will be another excellent advert for the competition, and the players on show have what it takes to impress the crowd. Bayern Munich is the home favourites, but know they can take nothing for granted against a Frankfurt side that won Europe’s second prize last term and played in the Champions League this season. Can Frankfurt turn the tables and snatch all three points?

Munch and Frankfurt have served up some memorable games over the years, scoring plenty of goals and giving armchair fans even more to talk about. The most recent match involving the pair produced seven goals earlier this season when Bayern Munich won 6-1 on the road. That was a show of strength from the champions, and now that they have the home-field advantage, supporters want to see more of the same. Are things about to get uncomfortable for Eintracht as they journey to Munich? Let’s take a closer look to find out.

Bayern Munich has dominated German football over the last decade and stands clear of the chasing pack as the nation’s most successful side. They started this season as the experts’ pick to add another league trophy to their collection, and there wasn’t a rush from the doubters to oppose them. There aren’t too many football fans following the game in Germany that doubled Munich’s ability to tighten its grip on the Bundesliga. But nothing has been achieved yet, and the locals are experienced enough to know that.

It will be no surprise to most that Bayern is back in its usual position leading the title race. They entered this week with their stats showing ten wins, five draws, and just one defeat, with 50 goals scored and 14 conceded. That’s an impressive return, but the five draws are more than supporters would have expected at this stage. Failure to win six of their first 16 games shows Munich isn’t the unstoppable force that some sections of the media portray. And they must be at their best to win here.

Munich ended with another share of the spoils last time – their only draw in five games – but remained five points clear of nearest rivals Frankfurt in second. That means victory for the home side this weekend would see them take a massive step towards retaining the title, taking the feet away from their major rivals. Fans in the home end will want to see their side make a quickfire return to winning ways and find the form needed to put the title race to bed as early as possible. Defeat would only encourage those chasing down the champion’s lead.

Eintracht Frankfurt impressed us all last season when blazing a trail of glory to the Europa League final in Seville, Spain. They played Scottish side Rangers in that decider, falling behind to a Joe Aribo goal before fighting back to level the score. The match was level after 90 minutes, forcing the teams to endure extra time and penalties. Frankfurt won the game and the trophy from the spot, with on-loan attacker Aaron Ramsey missing for the Gers before returning to Juventus.

Fans celebrated in Seville, knowing they had made history by becoming champions of Europe and qualifying for this season’s Champions League, which provided another major boost to their income. That cash appears to have been invested wisely as Frankfurt started the week second in the league, knowing what a win in Munich would do for their chances of lifting the trophy. It’s too early in the campaign to label this a must-win game, but it’s not far off it for the visitors.

Frankfurt entered this match with their league stats showing nine wins, three draws, and four defeats, scoring 35 goals but conceding 24. They have conceded as many or more goals as the top seven teams in the league, and that leaky backline could cost them the crown. Frankfurt must be stronger in defence if they stand any chance of challenging Bayern Munich, both in this match and in the league title race. A season-defining performance is needed from the visitors.

Bayern Munich is the most dominant side ever to have played in the Bundesliga. They are already back on top of the league this season and are the pre-match favourites to secure another win and enjoy the home advantage for this grudge match. Most inside the stadium will be there to back the locals, hoping to cheer them to victory. If Bayern shows the type of form we have come to expect from them this season, a home win looks to be the most likely outcome on Saturday.

Frankfurt started the week in second place on merit and won’t want to throw in the towel this early, especially after all the hard work done to get there. An away win may be a long shot, but Frankfurt started unbeaten in their last four and, apart from their defence, have every right to be confident ahead of this match.

The pre-match betting odds available at 22bet prices Bayern Munich is the 1.28 favourites for victory, with Frankfurt trading at 9 and the draw 6.15.

Make sure to bet on Bayern Munich v Eintracht Frankfurt with 22Bet!