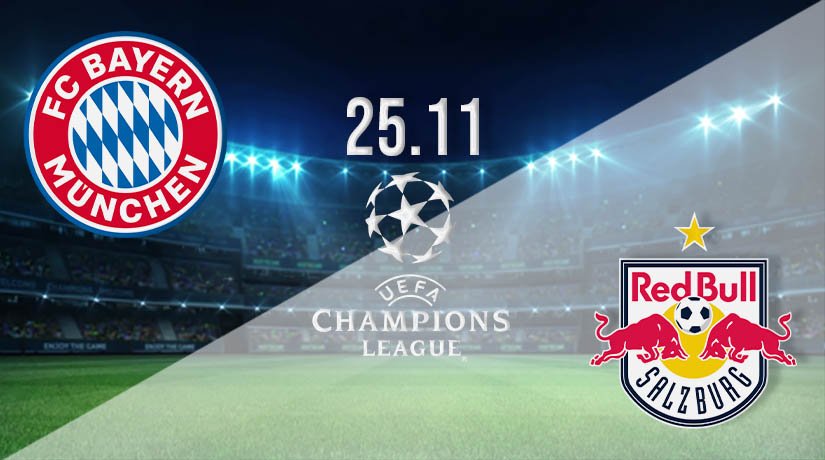 Bayern Munich have a great chance to continue their winning ways and secure top spot in Group A when hosting Red Bull Salzburg in the Champions League on Wednesday from 20:00. The locals set the pace so far and are now up against the club bottom of the pile. Will this match follow the form or can Bulls pull off an upset and blow the race for qualification wide open?

Munich have the perfect record

Bayern Munich have claimed nine points from their first three Champions League Group A games and are within touching distance of the next round. The German Bundesliga rulers were always firm favourites to progress as group winners and they haven’t disappointed, going on a three-game winning run, scoring a dozen goals and conceding only three.

Munich are a side more than capable of winning the Champions League again and supporters will be encouraged to know there’s plenty more to come from this squad. They haven’t yet hit top gear and as a successful and experienced club, the players know it’s unwise to show their hand this early. They’ll want to finish with a perfect record and are good enough to do that.

Salzburg have no trouble scoring

Opponents Red Bull Salzburg were expected to struggle after being dropped into Group A alongside Bayern Munich, Atletico Madrid, and Lokomotiv Moscow. They’ve yet to win a pool match, losing two and drawing one but they have scored six goals while conceding 11. Interestingly, Salzburg have hit the net more times than two of the three teams above them.

They got off the mark in the group with a draw against Lokomotiv Moscow but went on to lose against Atletico Madrid and Bayern Munich. It’s now likely the Bulls will fight it out with Moscow for third place and the consolation prize of a place in the Europa League knockout stages.

Bayern Munich are the home team with the better form and more expensive squad. They are shooting for a 100% group campaign and many pundits believe they’ll achieve just that. Salzburg are capable of scoring goals, as they’ve shown, but their defence is fragile and that’s something they must fix.

Make sure to Bayern Munich vs Red Bull Salzburg with 22Bet!