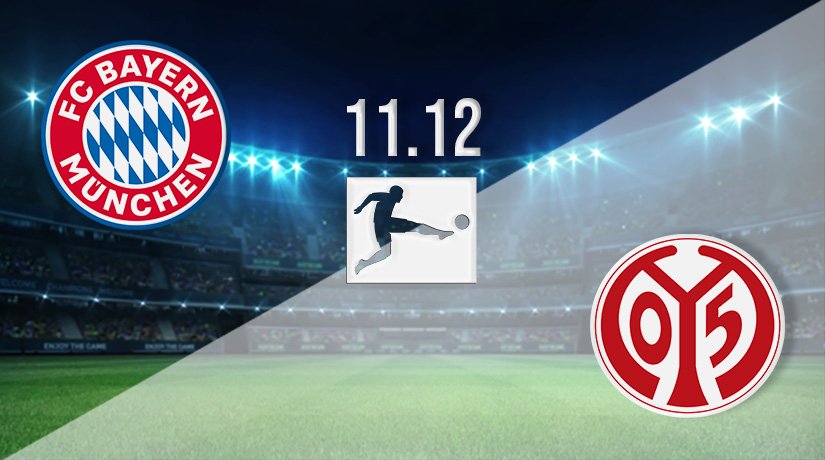 Bayern Munich’s relentless charge towards the Bundesliga title continues this weekend, as they look to extend their four-point advantage at the top of the standings against Mainz. The visitors will also be looking for a second straight win in the Bundesliga.

Bayern Munich have extended their advantage at the top of the standings to four points following a huge win over Borussia Dortmund last weekend. They will be looking to extend that advantage once again this weekend, as they take on Mainz at the Allianz Arena. The Bavarians have been in excellent form throughout the season, and have won eleven of the 14 games that they have played.

Bayern faced their biggest game of the season last weekend, as they came up against their closest challengers. However, they were able to edge over the line against Dortmund, and picked up a 3-2 success away from home. Robert Lewandowski was once again the main man for Bayern, as he netted a brace, including his winner in the 77th minute from the penalty spot.

Kingsley Coman also scored in the entertaining fixture. Bayern couldn’t have warmed up for this game against Mainz any better, as they claimed a comfortable 3-0 win over Barcelona in midweek.

Mainz aren’t going to be the easiest challenge for Bayern this weekend, as they are chasing European places this season. They come into this fixture in seventh place in the Bundesliga standings, but ended a three-game wait for a victory last weekend.

It was an emphatic return to form by Mainz last weekend, as they claimed a 3-0 win over Wolfsburg. They took complete control of the game in the opening five minutes, as both Jonathan Burkardt and Anton Stach scored goals. An own goal compounded Wolfsburg misery in the 90th minute, but Mainz were fully deserving of the 3-0 win that they managed to achieve.

Mainz ended a nine-game wait for a victory over Bayern in the most recent meeting between the sides in April. Mainz won that fixture 2-1 at home, which ended a seven-match winning run for the Bavarian giants. Mainz last won in Munich in March 2016.

Mainz returned to form with a win last weekend, but this still looks like a huge challenge. Therefore, our preference would be for Bayern to get the win and extend their advantage at the top of the standings.

Make sure to bet on Bayern Munich vs Mainz with 22Bet!