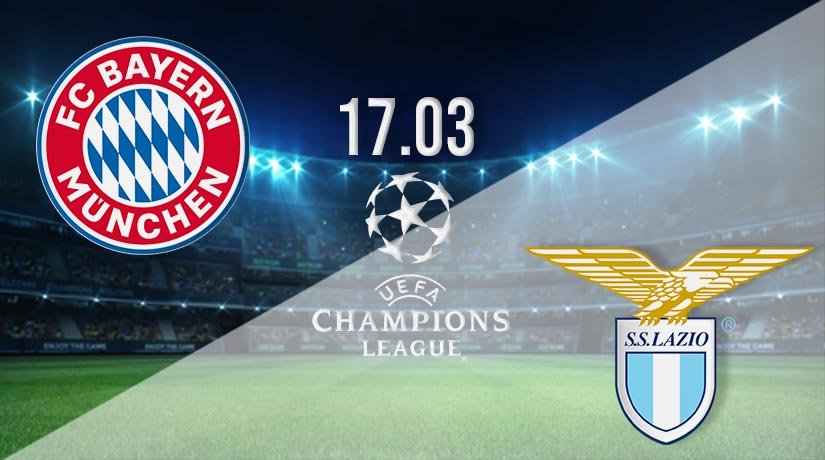 Bayern Munich and Lazio clash in the Champions League Round of 16 on Wednesday evening and the German side have one foot in the next round thanks to a stunning 4-1 aggregate lead. The visitors know they are up against it here so must go on the attack if they are to rattle their hosts and stand any chance of causing a major upset.

Despite being amongst the most famous teams in European football the stats show Bayern Munich and Lazio have met only once before in competitive action. That was the comfortable 4-1 win for FCB last month, a result that could see them playing in the last eight of the competition. Munich have a strong lead, but this tournament is famous for throwing up shock results.

Bayern Munich made a mockery of what had been billed as a potential risk to their challenge for the Champions League trophy in Italy. They started the game as underdogs with some pundits but scored the opening goal inside nine minutes and never looked back. Lewandowski broke the deadlock before goals from Musiala, Sane and an Acerbi own goal wrapped things up. The match was over as a contest by half time.

The home team have played two matches this month and hold a 100% record. They started by hammering Borussia Dortmund 4-2 at this venue and followed that with a stunning 3-1 away win over Werder Bremen. Confidence is high in the camp and fans will be confident of seeing their team continue their winning ways here.

There were certainly easier names in the hat for Lazio to draw in the Champions League Round of 16 but they were paired against one of the pre-season favourites to lift the trophy. A home advantage in the first leg game the Serie A side an opportunity to get a head start on their opponents but they failed to take it. Losing four goals at home means their chances of making it through to the next round now lie in tatters. A difficult task quickly became a near-impossible one.

Lazio must go to Munich and attack from the opening whistle. They simply must score the first goal of the game and the longer the scores are tied at 0-0 the less chance they have of putting their hosts under pressure. All the pressure is on the away dressing room, but they may also view this game as having nothing to lose. That will allow Lazio to play with freedom.

It’s obvious why Bayern Munich as strong favourites to progress to the next round. They could do that without winning this game, but the German side are likely to pick up where they left off last month against Lazio. This could be an attacking 90 minutes of action.

Make sure to bet on Bayern Munich vs Lazio with 22Bet!