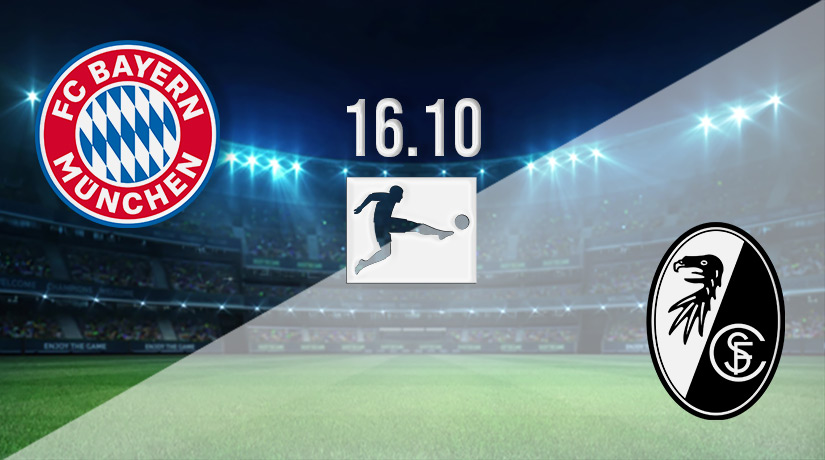 It seems strange to come into a Bundesliga weekend, and Bayern Munich aren’t sitting top of the standings. However, even a victory for the home side this weekend won’t be enough to take them top. Freiburg sit second in the standings, and they will be looking to bounce back after drawing three of their previous four.

Bayern Munich find themselves in an unfamiliar position coming into the tenth round of fixtures in the Bundesliga, as they sit third in the overall standings. At present, they are four points off Union Berlin, as they have picked up just four wins from nine games at the start of the season. Wins have also been hard to come by for the Bavarian giants, as they have won maximum points just once in their previous five games.

Bayern were held for the third time in five fixtures last weekend, as they played out a very entertaining draw against Borussia Dortmund. The German champions were 2-0 ahead in that fixture after 53 minutes following goals from Leon Goretzka and Leroy Sane, but they threw away the victory in the final 15 minutes.

Surprisingly, Freiburg come into this fixture ahead of Bayern Munich in the league standings. They currently sit second, and they could potentially go to the top this weekend depending on other results. Freiburg is unbeaten in their previous five league fixtures, having won twice during that run.

They were held to a third draw in five fixtures in their previous fixture, as Hertha Berlin won a point in a 2-2 draw. Daniel-Kofi Kyereh put Freiburg ahead in that game, but they needed a late Kevin Schade equaliser to rescue a point in the final 12 minutes.

Freiburg has picked up just one victory from their previous 24 meetings against Bayern Munich. That victory was recorded back in May 2015. Since then, Bayern has won nine of the 12 meetings between the sides. The Bavarian club has also won each of the previous two, including a 2-1 success in this exact fixture last term.

This will be the biggest test that Freiburg has faced so far this season. However, things aren’t going well for Bayern, and the visitors could be best placed to take advantage this weekend. Still, a draw looks to be their best possible result.

Make sure to bet on Bayern Munich vs Freiburg with 22Bet!