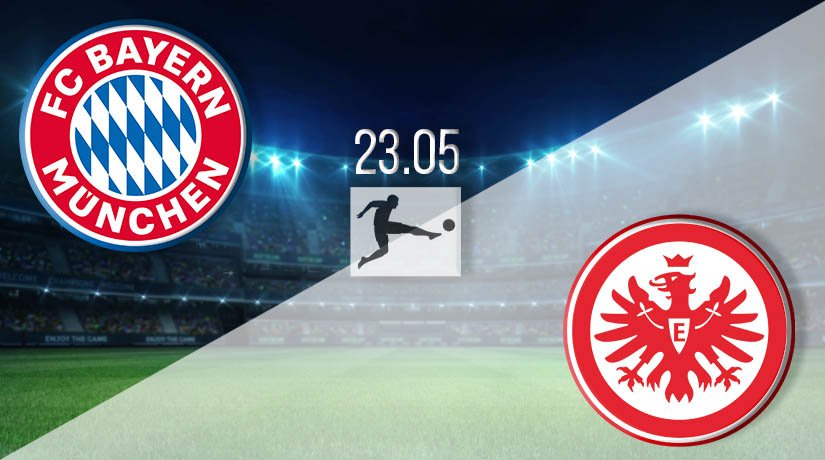 Bayern Munich resumed the season from where they left off, and they are looking determined to win their eighth straight Bundesliga title. They will go into this fixture as the heavy favourites to get the three points, but can Frankfurt cause a shock?

Bayern Munich have been near-faultless since the winter break in December. They have dropped just two points since the end of January, with those coming after a 0-0 draw against RB Leipzig. Since then, they have won their last five games in the league and also beaten Chelsea convincingly in the Champions League.

Their four-point lead at the top is still close, however, which means that they can ill-afford to drop points ahead of a huge round of mid-week fixtures next week where Bayern take on Dortmund. They resumed their pursuit for an eighth straight title with a comfortable 2-0 win over Union Berlin. Robert Lewandowski opened the scoring from the spot before Benjamin Pavard added a second with ten minutes remaining. Frankfurt will offer more in the attacking third.

However, there will be worries about Frankfurt’s defensive record. They have already conceded 44 goals this season. That means they are averaging 1.76 goals against them every game. There are still concerns that they could get dragged into a relegation battle if their form doesn’t improve as they hold just a seven-point advantage over Fortuna Dusseldorf in the relegation playoff spot.

They have lost their last four fixtures in the Bundesliga, which includes their recent 3-1 defeat against Borussia Monchengladbach. Andre Silva scored the late consolation in the defeat. But, the game was already taken away from the home side as Alassane Plea, Marcus Thuram and Ramy Bensebaini had put Monchengladbach into a 3-0 lead. This will be a bigger test for Frankfurt, and there haven’t been any signs over the second half of the season that could indicate that they could shock the league-leaders.

There have been 30 meetings between the two sides in the past, and the overall record would give Frankfurt no chance of getting the win. Bayern have won 22 times, and Frankfurt have won four times. There have been four draws. However, the meeting earlier in the season defied the form book as Frankfurt beat Bayern Munich 5-1 to bring an end to Niko Kovac’s reign at the Allianz.

Bayern’s form is incredibly hard to look past, and with Frankfurt’s inability to keep opposing sides out, gamblers will feel that this should be a routine win for the home side.

Make sure to bet on Bayern Munich vs Eintracht Frankfurt with 22Bet!