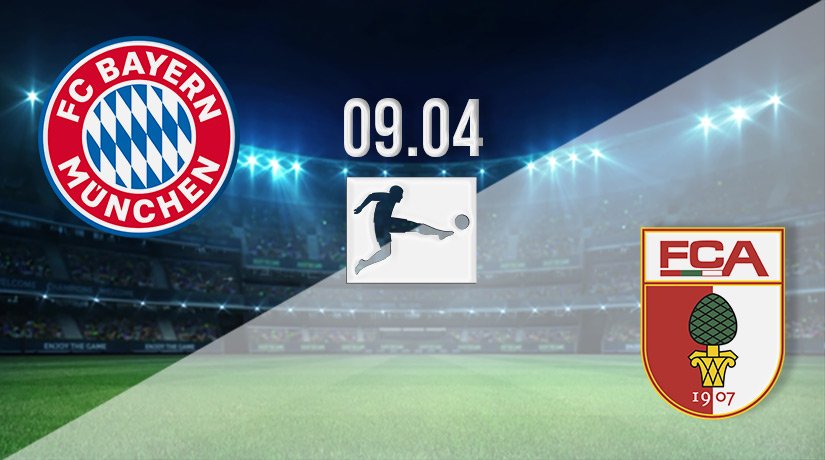 Bayern Munich will be looking to extend their advantage at the top of the Bundesliga standings on Saturday, as they welcome Augsburg to the Allianz Arena. The visitors will also be looking for a shock win to move clear of the relegation places.

Bayern Munich’s lead at the top of the Bundesliga standings remains a strong one. However, they could yet pay the price for a momentarily lapse of judgement in their last fixture, as the played with 12 players for a short period of time. The rules of the Bundesliga highlight that their win in that game could be reversed.

It was a strange turn of events in the game, but Bayern were already ready winners in that fixture, as they were 3-1 up at the time. Leon Goretzka scored on his return from injury, while further goals in the win were added by Serge Gnabry, Kingsley Coman and Marcel Sabitzer.

Bayern’s lead at the top of the standings now stands at nine points, which means another Bundesliga title could be on the horizon with just eight games of the season remaining in Germany.

Augsburg won’t be willing to just roll over this weekend, as they are still fighting for points at the opposite end of the standings. They come into this fixture at the Allianz Arena sitting in 14th place in the Bundesliga, and are just three clear of the relegation playoffs.

Their recent form has been encouraging, as they have picked up two wins from their previous three games in the league. That includes their victory last weekend against Wolfsburg. It was an excellent performance against a solid opposition, with Mads Pedersen and Florian Niederlechner both scoring in the final half an hour.

Augsburg picked up a very rare win against Bayern Munich earlier in the season. That 2-1 success ended a 12-game winless run against the Bavarian giants. Bayern have still picked up three wins from the previous four against Augsburg, but the visitors this weekend will be looking for a historic Bundesliga double against the leaders.

Augsburg may have picked up a rare win against Bayern earlier in the season, but I find it hard to believe that they will complete the double this weekend. Instead, the preference has to be for the runaway Bundesliga leaders to seal the victory.

Make sure to bet on Bayern Munich vs Augsburg with 22Bet!