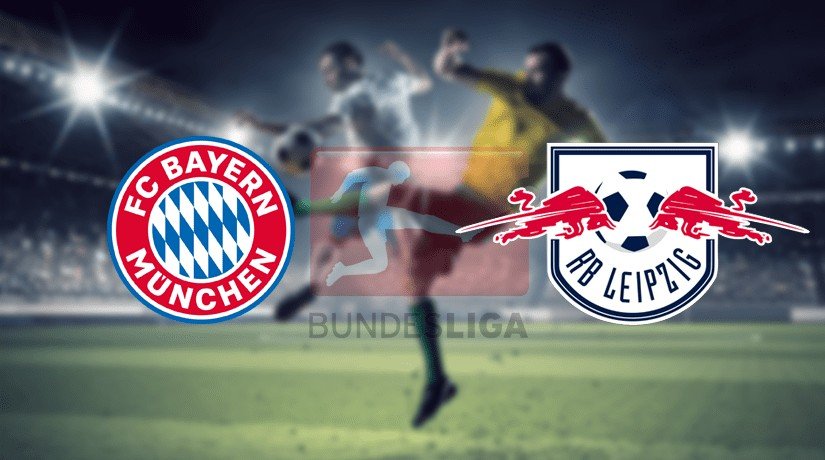 Leipzig’s chance to win their first Bundesliga title is now in danger. They were toppled by Bayern last week after another failure to secure three points. Julian Nagelsmann’s men need to work on their form to show the world that they can break the spell of the fact that former East Germany teams never win Bundesliga.

This weekend, they will be visiting Allianz Arena to take on the defending Champions, Bayern Munchen. It will one of their real tests whether they do deserve to be back on the top again and possibly claim the title.

Die Roeten seems to be enjoying their winning days under the command of Hans Dieter Flick. This midweek, they crushed Hoffenheim 4-3 in DFB Pokal. Robert Lewandowski’s brace, Thomas Muller’s goal and Benjamin Hubner’s own goal brought them to progress to the next round despite being conceded by Jerome Boateng’s own goal and Munas Dabour’s brace.

On the contrary, RB Leipzig yet slumped to a defeat again by Eintracht Frankfurt in the DFB Pokal outing during the midweek. They were beaten 1-3 by Filip Kostic’s brace and Andre Silva’s penalty. They could only respond with one goal by their new signing, Dani Olmo. It was their second loss against Frankfurt in less than a month.

GAME OF THE WEEKEND PREVIEW

🤔Reply with predictions and scorers

Hans Dieter Flick seems to be able to recover the team’s mentality after the consecutive loss against Leverkusen and Gladbach last year. His tendency to deploy 4-1-4-1 or 4-2-3-1 with the transition to 4-3-3 seems to be working with Thomas Muller plays the key role.

On Bayern’s side, the Poland captain, Robert Lewandowski is Die Roeten’s main scorer. He will definitely provide threats in the penalty box supported by Coutinho and Thomas Muller, who has been Flick’s key figure since the dismissal of Nico Kovac. Other notable names in their squad are Serge Gnarby and the versatile wing-back, Joshua Kimmich.

In Leipzig’s squad, Timo Werner surely is the main key figure with twenty goals and six assists. Other notable names lately are the Frenchman Christopher Nkunku and AS Roma loanee, Patrick Schick.

It is certainly a tough game for both. Yet, Manuel Neuer and Co surely has the home advantage. Their eighth consecutive wins so far also help them to play comfortably and win easily. The real challenge is on the visitor’s side. Timo Werner and Co have to prove the world that they are the one which can stop their contender’s domestic domination this season. It will all be depending on Nagelsmann’s tactical approach later. Nevertheless, a three-point for the host is more likely.

Hans Flick’s men are still the favorite. They are priced to win at 1.36. The visitor’s win market is only at 6.70, whereas the odds for the draw result are at 5.50.

Make sure to bet on Bayern Munich vs RB Leipzig with 22Bet!