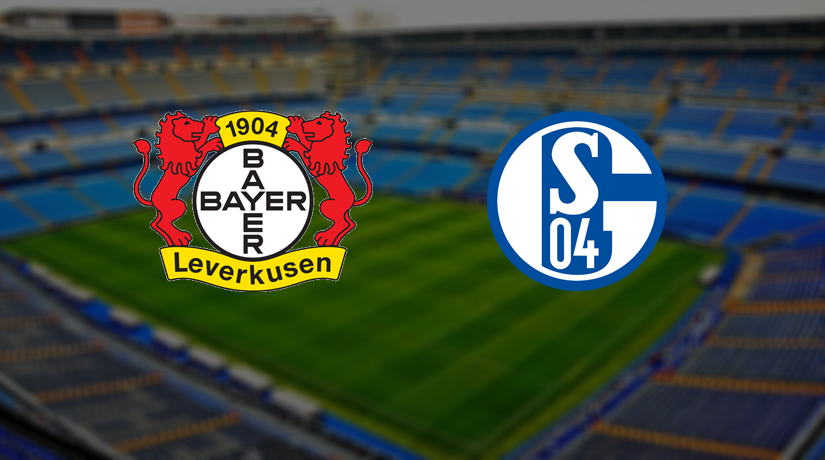 Bayer Leverkusen host one of their biggest Bundesliga rivals, Schalke, at BayArena in front of their 30.000 fans.

The hosts ride a positive atmosphere carried from defeating Bayern last weekend as Peter Bosz’s side managed to take down the champions in a 2-1 win after a brace from one of the team’s best talents, Leon Bailey. Lukas Hradecky also played a wonderful match, making 10 saves, many of which were wonderous — and he even lost his contact lens in the first half.

The big win resulted in Leverkusen climbing just below the European spots at seventh, at just three points away from Schalke, and six from the top of the table. Playing dynamic, attacking football, Die Werkself are a sight to behold as they don’t hold back at any moment, even though it resulted in 17 conceded goals to date. Kevin Volland established himself as the team leader, having scored five goals to go along with the same amount of assists in the Bundesliga. Kai Havertz is a great all-around presence, although a bit more of his influence is to be expected as the season goes on.

On the other side, Schalke are doing a great job in the Bundesliga this season as they fight for the very top. The Miners are undefeated in their last five matches, where they won two times, launching themselves to the third position in the table. Amine Harit is the discovery of the season with the young Moroccan scored six goals, all while creating opportunities at large for his team with 2.2 successful dribbles and 1.8 key passes per match so far.

Another youngster is shining this season, with Suat Serdard operating just behind Amine Harit, doing his central midfield job greatly, while also managing to score five goals for the Miners. If there’s one thing you can say about Schalke in November, it’s that they played some crazy matches ending well for them.

The Miners living in the chaos

Schalke scored a goal after 80th minute in each of their last four matches, and the madness on the pitch resulted in three winning goals in those circumstances. The Miners thrive in chaos and they will aim to cause some more against Bosz’s side.

Considering Leverkusen’s high-pressing style which can only be enhanced at home, while Schalke scored 13 goals in the last five matches only. All of this guarantees a high-scoring encounter that should be a lot of fun to watch for the neutrals.

Make sure to bet on Bayer Leverkusen vs Schalke with 22Bet!