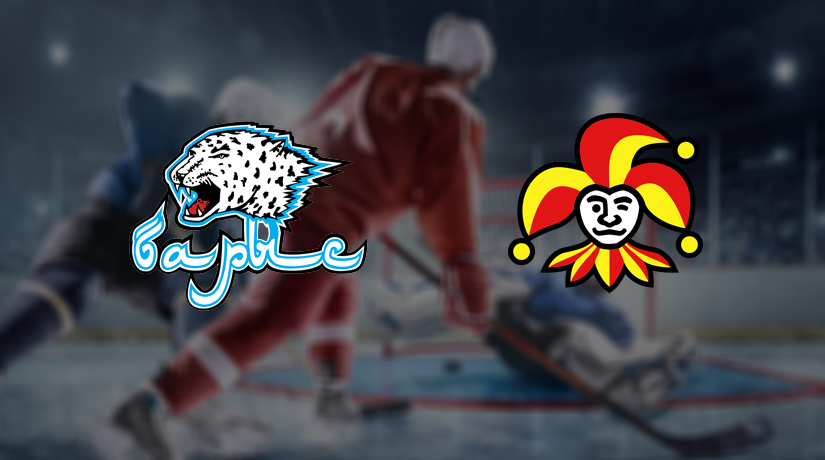 In the next KHL game, Barys will host Jokerit. The match will take place on December 4 at the Barys Arena in Nur-Sultan. We have studied the teams’ performance and prepared a quality prediction for this upcoming match.

After 32 matches of the regular season, representatives of Kazakhstan managed to secure space at the third place in the standings of the Eastern Conference with 42 points in the account. In the last five meetings within the KHL, the club from Nur-Sultan managed to win three times. Most of these games ended in overtime. November 22, Barys at home conceded five goals from Ak Bars, and could only answer one (1: 5). And then in overtime, Andrei Skabelka’s wards lost to Amur (2: 3). In the next two meetings, Barys was stronger than Metallurg Mg (2: 1 OT) and Avtomobilist (2: 1 OT). And in the first winter meeting, a team from Kazakhstan defeated Dynamo Minsk with a crushing score of  (5: 1).

In their 32 regular-season games, the team from the city of Helsinki managed to secure 39 points. This allows the team to take 7th place in the standings of the Western Conference. In recent meetings, the Finns are unstable, alternating wins with defeats. On November 19, Jokerit confidently dealt with Traktor (5: 2) and then defeated Dynamo Moscow (3: 1). But a little later in the home game, the “Jokers” were defeated by Lokomotiv in the shootouts (2: 2, 1: 2). After a couple of days at the Hartwall Arena, the hosts defeated the Amur (4: 1). However, Lauri Marjamaki’s team failed the next match, losing significantly to Sibir (1: 4). And then Jokerit began the December with a victory over Salavat Yulaev (3: 2).

Bookmakers give a slight betting preference to the hosts of this match. Both teams love to score a lot in games with equal rivals. A duel at the Barys Arena it will not be boring. Our prediction for the match – total over 4.

Make sure to bet on Barys vs Jokerit with 22Bet!