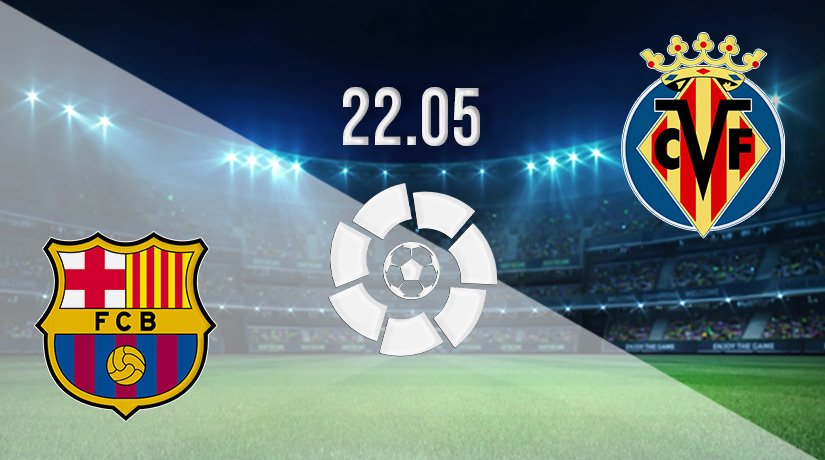 Second-placed Barcelona will take on seventh-placed Villarreal on the final day of this La Liga season at the Camp Nou on Sunday at 21:00GMT as the Blaugrana seek to make a winning end to the season in which they will finish well behind Champions Real Madrid.

Can Barcelona Make a Winning End to the Season at the Camp Nou?

In a season that promised so much after Xavi Hernandez took over as manager, it will be disappointing that the Blaugrana are finishing it without silverware.

However, Barcelona fans will be happy with finishing second on the table given where they were on the table when Xavi took over as manager.

The match against Villarreal will be important to give fans a chance to take stock of the progression the tea, have made under Xavi.

Can Villarreal Bounce Back to Winning Ways and Make a Winning End of their Exciting Season?

Emery will be looking to make a strong ending to the season that promised so much but did not deliver any silverware or the hoped-for appearance in the Champions League final in Paris.

The Blaugrana have won three times, drawn once, and lost once, in their last five La Liga outings. Xavi’s men have collected 10 points out of the available 15.

This run of form sees them second on the table, 12 points behind champions Real Madrid and 5 points ahead of third-placed Atletico Madrid.

This form has allowed Barcelona to comfortably qualify for next season’s Champions League ahead of the chasing pack.

Unai Emery’s side have won just twice in their last five La Liga outings. They have collected 7 points and dropped eight in this run of form.

Villarreal have won twice, lost twice, and been drawn once in this run of La Liga fixtures. This run has seen the Yellow Submarines fall the able to seventh well off (11 points behind) the top-four positions.

Unai Emery will be without left-back Alberto Moreno with the 29-year-old recovering from a cruciate ligament rupture since May 7th, 2022; the Spaniard is expected to be fit by September 5th, 2022.

Villarreal will also miss the services of Arnaut Danjuma; the 25-year-old centre-forward is handling muscular problems since April 28th.

Depay is the top scorer for Barcelona this season with 13 goals and two assists in 36 appearances. The winger will be crucial for the Blaugrana as they seek to finish the season on a high.

His partnership with Aubameyang and Torres is crucial for Barcelona’s chances of winning the clash with Villarreal and bodes well for next season’s plans.

In the absence of top scorer Danjuma, Dia will be crucial for Unai Emery’s side as they seek to make a winning end to the season at Camp Nou.

His work rate, hard running, and movement in the box will cause the Barcelona defence massive challenges.

Xavi’s men will make a fast start to the match; they will seek to control the tempo of the match and boss possession.

Villarreal will be solid and pragmatic in their approach; they will seek to absorb the pressure and patiently build their chances through passing or fast breaks.

Barcelona are the favourites to win this match and take all three points.

Make sure to bet on Barcelona vs Villarreal with 22Bet!