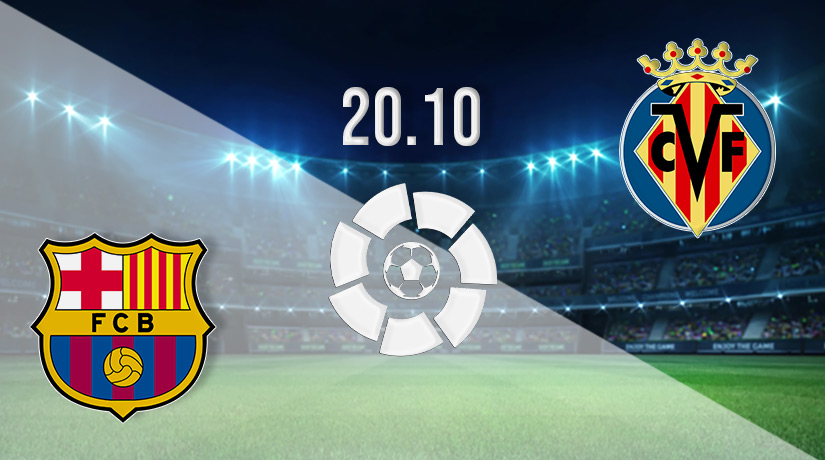 The Blaugrana will be looking to regain their winning touch after the 3-1 reverse at the Santiago Bernabeu on Sunday when they welcome Villarreal to Camp Nou on Thursday at 20:00 GMT.

Xavi’s men will look for the win they need to continue challenging at the top end of the log, whereas Unai Emery’s charges will be looking to rediscover their winning touch when they turn up at Camp Nou.

Can Barcelona Extend their Good Run of Form with a Win Over Villarreal?

With just one defeat in nine La Liga outings, Xavi Hernandez have started their season well, and they will be looking to bolster their assault at the top of the table when they welcome Villarreal on Thursday.

Moving on quickly from the Clasico defeat will be important in shaping Barcelona’s season, especially with the busy schedule heading up to the World Cup in November.

Xavi will look to motivate his side and get their dynamism and verve back as they look to bounce back to their scintillating selves in the clash with Villarreal.

Can Villarreal Arrest their Bad Run of Form with a Win at Camp Nou?

Unai Emery’s charges will look to turn around their bad form and make sure to drive the advantage built up with the 2-0 win over Osasuna on Monday, which came after a four-match unbeaten run in La Liga.

Coming up against a wounded Blaugrana, the Yellow Submarines will on the watch out for a backlash from Xavi’s men. Unai Emery will have his men prepared for an intense, high-tempo, and high-energy match at Camp Nou.

The focus for Villarreal will be to adopt a shape that will allow them to defend doggedly while retaining an attacking threat. This will especially be crucial at possession turnover points.

Barcelona have won seven times, drawn once, and lost once in their nine rounds of fixtures in La Liga this season. They have collected 22 points from the available 27 available. They currently sit second on the table, three points behind league leaders Barcelona.

All season, Xavi’s charges have plundered 21 goals while conceding just 4. This means that they have a plus-22 goal difference.

Emery’s charges have scored 12 goals and conceded only three times. This leaves them with a goal difference of plus 9. This also highlights their defensive solidity as a core trait of their season so far.

Although he fired a blank in the Clasico, Lewandowski’s 9 goals in 9 matches for Barcelona this season highlight his importance to the team. He will lead the line in the clash with Villarreal on Thursday as they look to quickly bounce back to their winning ways.

The Pole offers pace, clever movement, and a massive goal threat, which will be crucial for the Blaugrana as they try to create and score against one of the best defenses in La Liga this season.

The winger underscored his importance to Villarreal with his brace in the 2-0 win over Osasuna last time out. Overall, the 25-year-old Dutchman has made four appearances for Emery’s men this term.

Danjuma Groeneveld will be crucial for Villarreal when they take on in-form Barcelona on Thursday. His pace, dribbling, and direct running down the flanks will be important tools to pose an attacking threat, especially on the counter.

Barcelona will focus on their patient possession-based style o football; they will look to progress the ball with pace and keep the intensity high.

Villarreal will seek to be compact and solid in defence and rapid in their attacks. They will cede possession and rely on the counter-attack.

Barcelona will have too much for the out-of-form Villarreal side.

Make sure to bet on Barcelona v Athletic Bilbao with 22Bet!