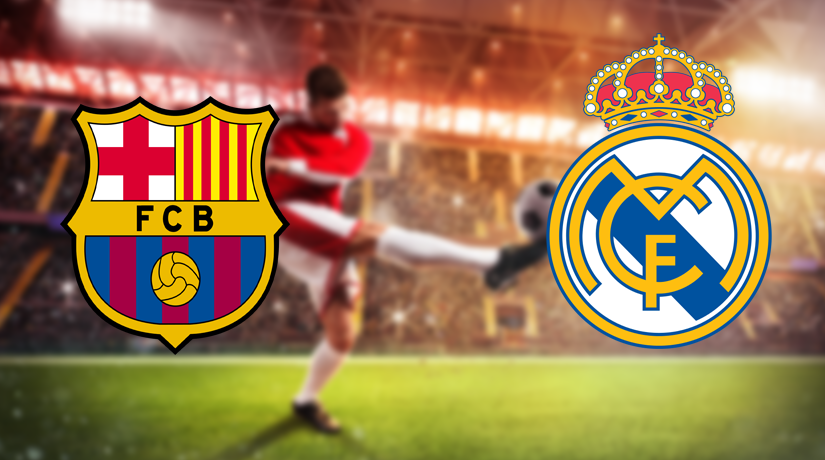 FC Barcelona and Real Madrid are ready to face off once again as the battle for the top of La Liga hasn’t been this intense in ages. Two teams are tied at the top with 35 points each, but the Catalans have a slightly better goal difference than Los Blancos.

Barcelona enter this clash with a draw against Real Sociedad after getting eight consecutive wings via Lionel Messi’s incredible performances. What brings the most optimism for Barca ahead of El Clasico is their Camp Nou form, where Blaugrana won all seven matches, with a striking goal-difference of 30-9. Sufficient to say that the team’s best goalscorer is (yet again) Lionel Messi, with 12 goals, even though he missed a month of action due to injury at the beginning of the season. Luis Suarez is doing his part, too, scoring nine La Liga goals already.

Finally, the offensive trident is completed by Antoine Griezmann, who managed to net six goals, despite some perhaps underwhelming performances. Arthur is ruled out for Real Madrid clash with an injury, but the rest of the midfielders are fit and ready. Frenkie de Jong is the only certainty on Wednesday, and all other parts are replaceable, even though Sergio Busquets and Ivan Rakitic are the most likely to start next to the Dutchman. Finally, some great news arrive from the defensive line where Jordi Alba and Nelson Semedo should be fully fit for the clash.

Real Madrid, however, face some more serious injury issues. Eden Hazard and Marcelo are both ruled out for the big clash This leaves space for Vinicius Junior, who is most likely to start. The right side could be occupied by either Gareth Bale or Rodrygo, while Benzema will definitely start as a striker, having scored 12, just the same as Messi on the other end.

The midfield could be easily predicted, with all of Casemiro, Valverde, and Kroos likely to start. Behind them, Dani Carvajal and Ferland Mendy will man the flanks, with Sergio Ramos and Raphael Varane in the heart of the defense. Thibaut Courtois’ great form will be needed on Wednesday if Zidane wants to get a good result.

A lot is at stake each time these titans clash, but more so this time with the top of La Liga hanging in the balance. Barcelona are too strong at home to look past them, so the decision is to go with realistically the stronger side at the moment, and quite simply – the one that has Lionel Messi.

Make sure to bet on Barcelona vs Real Madrid with 22Bet!