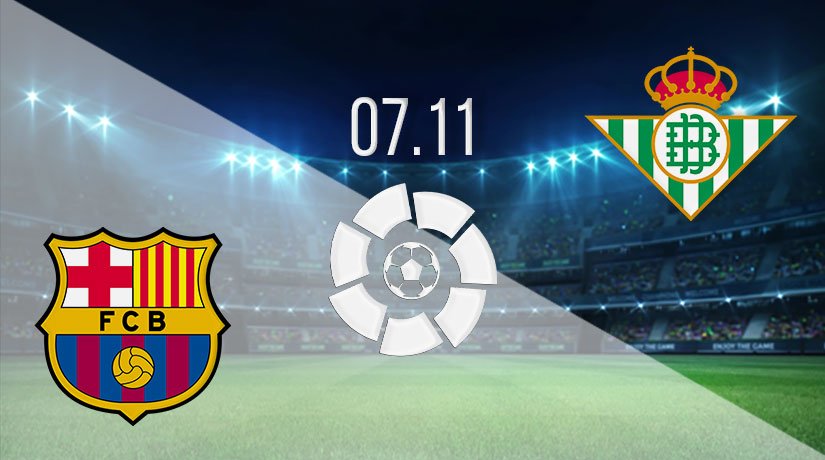 When the fixture list was revealed in Spain, you would have been surprised to see that the team that would be ahead in the standings when this fixture was played would be Real Betis. However, will Barcelona be able to turn their season around starting with a win in this fixture?

It has been a disappointing start to the season for Ronald Koeman, and he will already sense that his chance of leading his former club to the La Liga title may be fading. Barcelona are already nine points behind the early leaders in the La Liga title race, and much of that is down to their recent form in the league. The Catalonian side haven’t won in four league games, and they have lost twice during this stretch of results.

These defeats have come against Getafe and Real Madrid, while draws against Sevilla and Alaves have done little to appease the fans that have questioned whether Koeman was the right man for the job. Barcelona do come into this fixture having won their last game in the Champions League against Dynamo Kiev. However, Koeman’s side were far from impressive in that fixture, as Marc Ter Stegen needed to make three excellent saves to secure the three points. Lionel Messi and Gerard Pique scored the goals for Barcelona in that win.

Real Betis have started the season in inconsistent form, but they still find themselves in seventh position in the league standings. Betis have won four of their eight fixtures so far this season, but they have also lost on four occasions. Betis have lost two of their previous three in La Liga, but did get back to winning ways last time out in La Liga against Elche. Antonio Sanabria and a double from Cristian Tello gave Betis the three points.

Barcelona have been a difficult team to bet on this season, as they have been too inconsistent for gamblers. However, it is always hard to bet against them when they are playing at home, and this is a must-win game for the Spanish giants. It won’t be pretty, but they will get the three points.

Make sure to bet on Barcelona vs Real Betis with 22Bet!