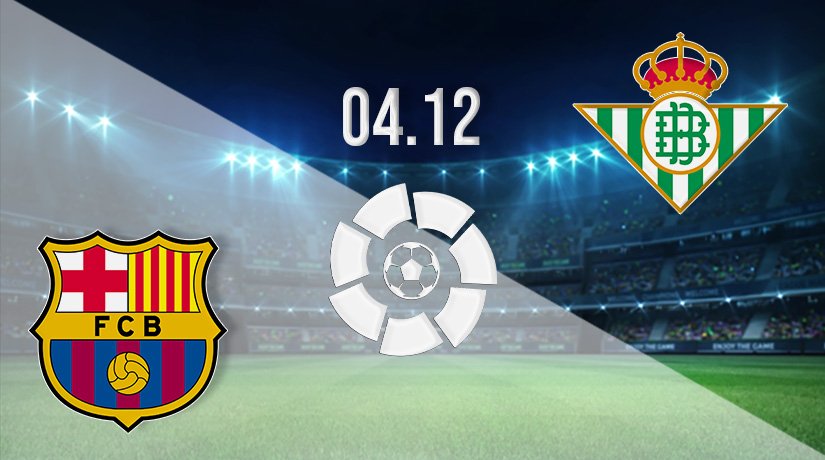 The reign of Xavi Hernandez as Barcelona manager will gain steam as the Camp Nou plays host to Real Betis on Saturday at 16:15 GMT.

Barcelona will be looking to maintain their recent upturn in form as they bid to salvage something out of this season under the new manager, and club legend, Xavi.

Are Barcelona’s Fortunes Changing for the Better or is it Just the New Manager Bounce?

So far so good for Xavi; after beating local rivals Espanyol 1-0 in his debut, his second game at Villarreal had a convincing 1-3 look to it at the final whistle.

At Villarreal, Barcelona had to dig deeper to get the win, especially after Samuel Chukwueze cancelled Frenkie de Jong’s 48th minute strike. But the impressive part of this victory for Xavi was that the Blaugrana kept going until the end, and finally took the three points.

Can Real Betis Maintain Their Position in the European Places?

Real Betis are 4 points ahead of Barcelona on the La Liga table, and are in a two-game winning run, which sees them looking upwards in the table.

With 27 points from 15 matches, Manuel Pellegrini’s side are a point from fourth-placed Sevilla and just six behind league leaders Real Madrid, albeit having played an extra match.

Pellegrini and his men will be looking to cause an upset at Barcelona and add to the misery facing the Blaugrana this season.

Before Xavi took over as manager, Barcelona had gone four matches without a win, with two draws and two losses. Since he took over, the Blaugrana have won two matches on the bounce.

In the last six rounds of fixtures, Barcelona have taken 8 points out of the available 18. In this run, they have won two, drawn two, and lost two.

Their home form in the last six rounds of fixtures show that they have picked up11 points from 18. In this run, they have lost only once 2-1 against Real Madrid.

Real Betis are one of the most in form sides in La Liga over the last six rounds of matches. In this run, Pellegrini’s side have picked up 12 points out of 18; this record is only bettered by Real Madrid who have picked up 16 points in this period.

Away from home, Real Betis have also collected 12 points from 18 over the last six rounds of fixtures; this record is bettered only by Real Madrid’s 15 points’ haul in this period.

Dani Alves and Alex Collado are not eligible to be included in the La Liga matches.

Manuel Pellegrini does not have any injuries in the squad to worry about ahead of the clash with Barcelona at the Camp Nou.

Betis will be without attacking midfielder Nabil Fekir due to suspension. The 28-year-old Frenchman has been suspended since November 5th.

Depay continued his influential role in the Barcelona team with a goal against Villarreal last time out in La Liga.

With 8 goals and 2 assists in 19 outings, Depay is increasingly the main man at the centre of Barcelona’s performances.

He will be crucial for Xavi’s side against Betis on Saturday.

Last time out for Pellegrini’s side in La Liga, Juanmi claimed a hat trick as Betis ran out 3-1 winners over Levante.

Juanmi has 10 goals and 1 assist in 16 approaches this season. He is the driving force behind Real Betis performances this season.

He will be crucial at Camp Nou on Saturday.

Barcelona will continue their identity football of dominating possession and seeking to expose Real Betis.

Pellegrini’s men will seek to press Barcelona while maintaining their shape and discipline.

Although Barcelona have seen an upturn in form, Real Betis are in good form and will pull off a stunning win at the Camp Nou.

Make sure to bet on Barcelona vs Real Betis with 22Bet!