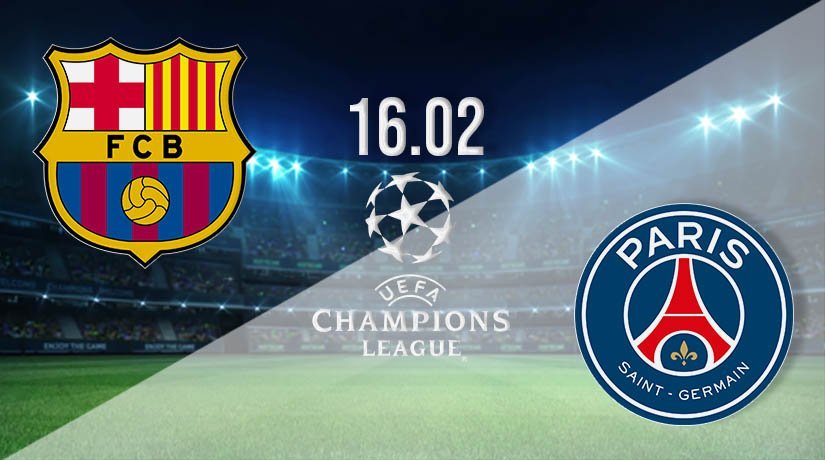 The UEFA Champions League makes its first appearance of 2021 and what a set of games football fans have in store this midweek. Here, our team of football experts preview the match in Spain where Barcelona play host to French champions PSG. The game is scheduled for a 20:00 GMT kick-off and will be broadcast live on television to a massive audience.

Being amongst the biggest and best teams in European football it’s no surprise to learn Barca and PSG have met more than a few times in the past. This game will be the 12th competitive game involving the sides. It has been competitive over the years, but Barcelona stunned their opponents and most football fans with a 6-1 win last time. That emphatic victory came at the Camp Nou back in 2017 as Barca fought back from a 4-0 first-leg defeat.

Barcelona finished second in Group D behind Italian Serie A side Juventus. The La Liga team posted results of five wins against one defeat, but the spare was inflicted by Juve who won the pool by the tightest of margins. Both teams ended on 15 points with Barca scoring 16 goals while conceding five. It’s worth noting their defeat came on matchday six.

Barca enjoy a long winning run in La Liga but remain off the pace set by Atletico Madrid. The hosts were last seen in action on Saturday when dishing out a stunning 5-1 hammering to Alaves at this venue. It was the perfect warm-up for this game, the goals coming from a double for Trincao and Messi, Firpo getting the other.

PSG won their pool in the previous round of this competition and would have hoped that success gave them a slightly easier tie in the knockout stages. It wasn’t to be, the Parisians matched with another possible winner of the trophy this season. As the old saying goes in sport, to be the best you’ve got to beat the best. The French side will want to meet fire with fire and cause an upset in the first leg.

The visitors ended on top of Group H ahead of runners up RB Leipzig with Manchester United in third and Istanbul in fourth. It was a shock to see Man Utd knocked out, but they lost three of their last four. PSG staged a smash and grab, winning each of their last three, hitting form when it mattered to continue their adventure.

This is likely to be the most exciting game of the round and armchair fans hope the play lives up to expectations. Barca will want to win and take a lead to France while a clean sheet or scoring draw would be considered a great result in the away dressing room.

Make sure to bet on Barcelona vs PSG with 22Bet!