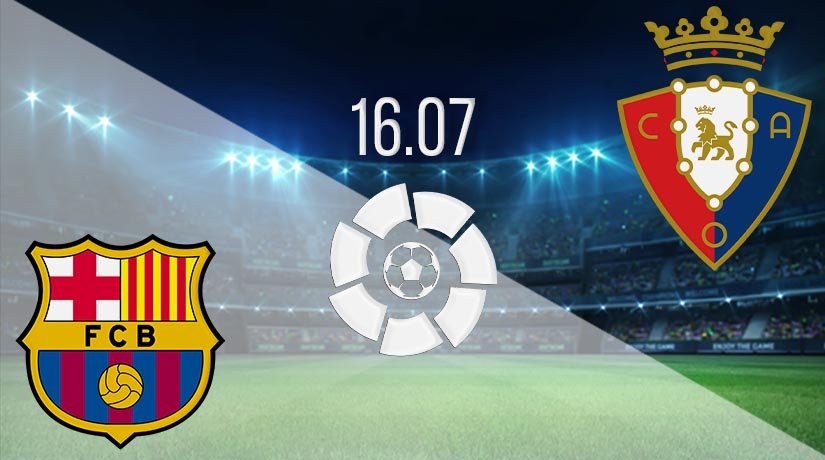 Barcelona’s valiant fight for the La Liga title has been taken out of their hands, as they will now be relying on Real Madrid to lose both remaining games to win the title. But, can they continue the title race with a victory at the Nou Camp against Osasuna?

Barcelona have been in decent form since the restart, but successive draws a few weeks ago left their title chances hanging by a thread. That coupled with a stunning return to the restart for Real Madrid has meant that Real only need to points from their remaining two league games to wrap up the league title this season. Barcelona may feel as though the title is gone and decide to concentrate on the Champions League, which gets back underway in August.

The Catalonian side have been in great form over recent weeks, and they have won their last three. They have scored six goals in these three games, and just conceded the one goal. They have won their last two games 1-0 against Espanyol and Real Valladolid. The latter of those was their last outing in the league, with the only goal of the game being scored by Arturo Vidal. The title may be gone, but they will be keen to ensure that they continue to push hard until the end of the season.

Osasuna look set to finish the season in eleventh as they hold a five point lead from Levante. They may feel as though they can push on and finish in the top-half, but they will be pleased with their season as survival would have been their minimum objective. They have been in decent form over their last six games as they have been beaten just once. During that run, they have won four times and drawn once. They bounced back from defeat in their last game by beating Celta Vigo 2-1.

Barcelona vs Osasuna Head To Head

Osasuna haven’t beaten Barcelona since 2012, and have lost five of the previous seven meetings with Barcelona. They will be hoping to avoid performances like their last two visits to the Nou Camp, as they have conceded seven goals in both of those fixtures.

Osasuna haven’t won at the Nou Camp for over ten years, and that is unlikely to change in this fixture. Barcelona will get the win in their final home game of the season.

Make sure to bet on Barcelona vs Osasuna with 22Bet!