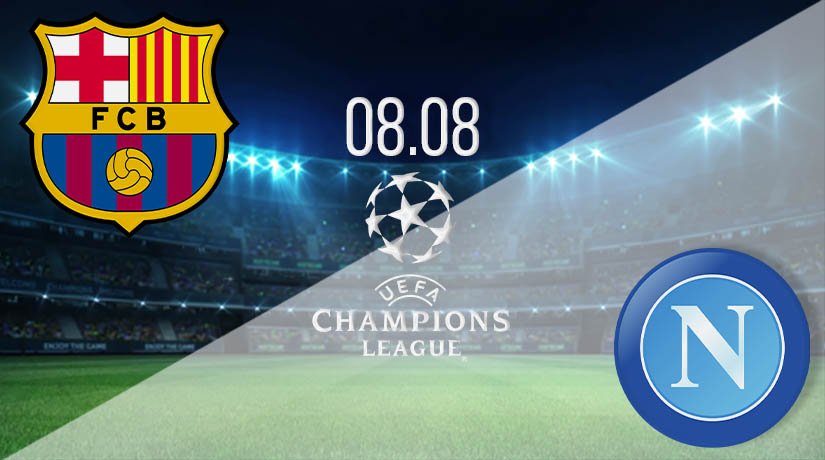 One of the most intriguing ties of the round of 16 will see Barcelona come up against Napoli. The Catalonian side holds a narrow advantage, but they will need to stay alert to navigate their way past this Napoli side.

Barcelona’s aim at the beginning of the season would have been to win this competition this season. However, the chances of that happening may appear slim to most as there are some teams in the competition that are a lot more complete. The pressure on Lionel Messi boiled over during the final weeks of the La Liga season as he cut an increasingly frustrated figure. Should the Argentinean deliver the Champions League trophy to the Camp Nou this season, then it would be his finest moment.

Before looking ahead to a potential quarterfinal, Barcelona must first complete the job that they started against Napoli. The two sides played out a 1-1 draw in Naples, with Antoine Griezmann scoring the equaliser for Barcelona in this fixture. Barcelona’s home record throughout the season has been consistent, as they have lost just once in 20 games at the Nou Camp. However, one of those defeats came in their last game in the stadium, as they were beaten 2-1 by Osasuna in the final week of the La Liga season.

Napoli have been an excellent cup side this season, as they have produced their best performances in the Coppa Italia and the Champions League. They haven’t lost a game in either of those competitions this season, and their confidence to defy the odds at the Nou Camp will be pretty high after beating Juventus in the Coppa Italia final at the beginning of the restart. Napoli have also avoided defeat away from home against Liverpool and Inter Milan in cup competitions this season.

Barcelona will be without Antoine Griezmann, Samuel Umtiti and Ousmane Dembele for this fixture. Meanwhile, Napoli could be without the influential Lorenzo Insigne, who has already scored 12 goals in all competitions this season.

This game may not be as straightforward as many gamblers believe it will be. Barcelona have struggled for creativity since the restart, and their form has been sketchy. Napoli are defensively strong, and if they are able to keep it tight, then they could have an excellent chance. The game will likely end in a draw, with Barcelona winning in extra time.

Make sure to bet on Barcelona vs Napoli with 22Bet!