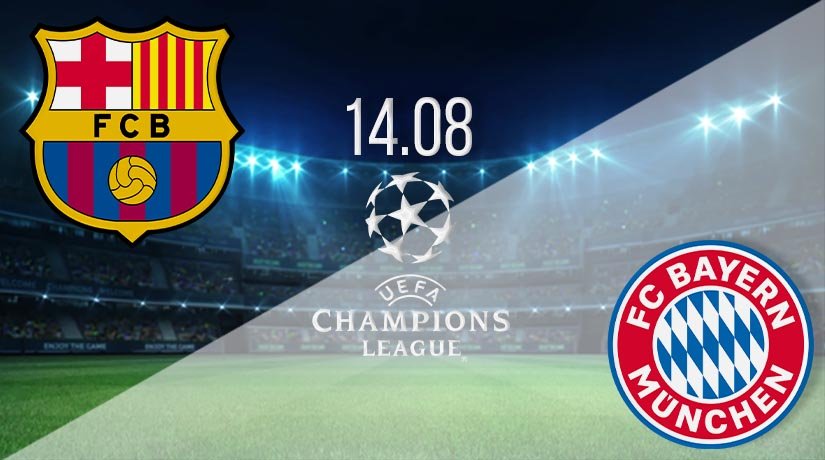 Two of the elite clubs in Europe go head to head in the Champions League on Friday night as Barcelona take on Bayern Munich for a place in the semi-finals. But, which side will book their spot?

No teams in Europe have been more dominant than these two in the Champions League, as they will both be competing in the quarterfinals on the competition for the 18th time. However, there is already a feeling that there is a huge challenge awaiting Barcelona. Bayern Munich are arguably the best team in world football at present, and they are yet to lose a single game in 2020. They have recently been crowned champions of Germany and are looking to win the treble for the second time in their history.

Bayern warmed up for this tie with a convincing performance against Chelsea in the second leg of the round of 16 tie. In truth, Bayern didn’t need to get out of second gear in that fixture, as they were dominant throughout. Robert Lewandowski was once again on the scoresheet, as he scored a brace. Meanwhile there were also goals for Corentin Tolisso and Ivan Persisic.

Barcelona also got through their round of 16 second leg against Napoli over the weekend. The result may have been convincing, but the performance itself left a lot to be desired. This Barcelona side are nowhere near the levels of the one that managed to put fear into every side that they met. Lionel Messi was superb in the second leg as he scored one, and set one up for Luis Suarez in the 3-1 success. The Argentine will have to be at his very best if the Catalonian side are going to have any chance of getting through this tie.

Since these are two of the biggest sides on the planet, they have faced off against each other a lot in the past. Barcelona won the previous meeting between the sides in the semi-finals of the 2014-15 Champions League. However, Bayern hold a positive record against Barcelona as they have won five of the eight meetings between the two teams.

Bayern Munich should have few problems getting through this fixture as they are a team at the peak of their powers. Barcelona will struggle to keep Alphonso Davies quiet, and that will be a recipe for disaster. Bayern could win this match handsomely.

Make sure to bet on Barcelona vs Bayern Munich with 22Bet!