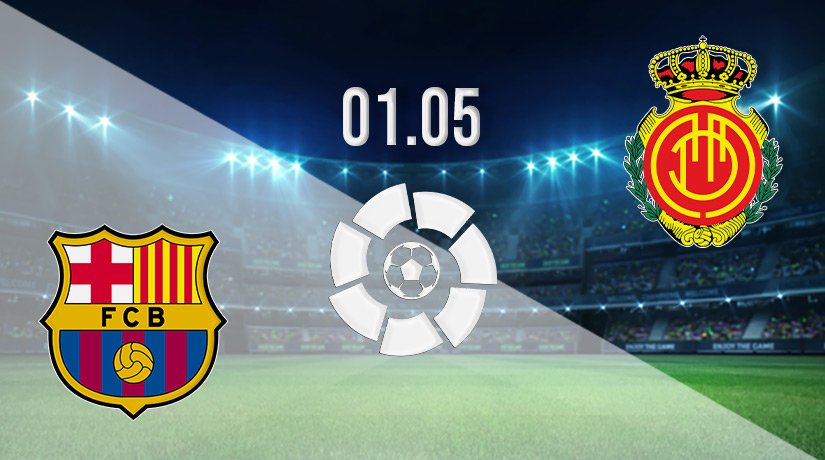 Barcelona’s form has taken a knock over the previous three weeks, as they have lost twice. However, they will be looking to end the season strongly and secure their finish in second this term, beginning with victory this weekend.

Xavi has certainly made big improvements since arriving at Barcelona, but the Catalonian giants now sit further behind Real Madrid than they did under the Ronald Koeman reign. However, the title always appeared to be out of sight for Barca this season, and consolidating a top four finish would have always been Xavi’s aim.

He seems to have achieved that with five games of the season remaining, as they sit five points ahead of Real Betis. However, the recent Barca form may be a slight concern, as the Catalonian side have lost two of their previous three. Their latest defeat was suffered last weekend, as they were shocked by Rayo Vallecano at the Nou Camp. Barcelona threatened to create little by way of a goalscoring threat in that fixture, as they had 72% of the possession, but didn’t force the keeper into a save of note until the final stages.

Mallorca are the visitors to the Nou Camp this weekend, and they are still looking over their shoulders with five games remaining this season. They currently sit two points above the drop zone, but are likely not going to be daunted by the prospect this weekend having won two of their previous three.

Their big inspiration this weekend would have come from a couple of weeks ago, as they managed to record a 1-0 victory over Atletico. However, away from is a big question, as they have lost their previous two on the road, and have conceded four without reply. Last weekend, they beat Alaves 2-1 at home.

Barcelona vs Mallorca Head to Head

Barcelona’s record in this fixture is incredibly strong, and it looks a safe bet to see them bouncing back from recent disappointments at the Nou Camp against a Mallorca side that aren’t the best travellers.

Make sure to bet on Barcelona vs Mallorca with 22Bet!