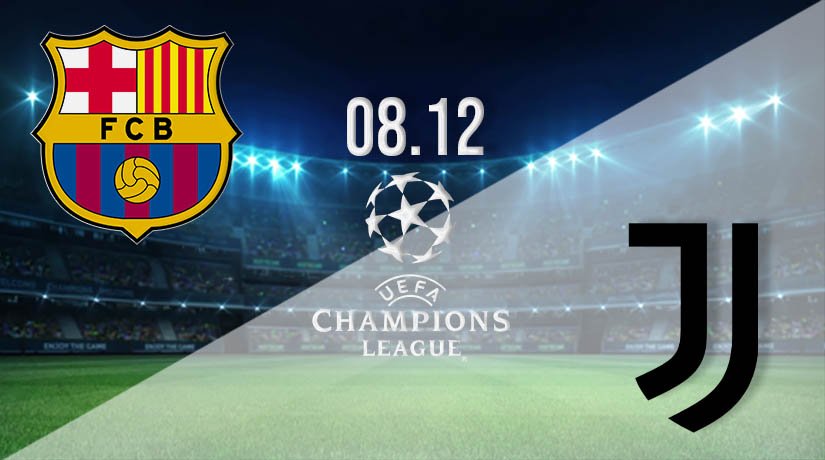 It’s the final round of matches from this season’s Champions League group games and there’s a treat for football fans on the schedule as Barcelona and Juventus slug it out in Group G. The home team are top of the pool and three points ahead of their visitors in second. Barca have a perfect record and are already on their way to the knockout rounds.

The head-to-head stats attached to this fixture makes for interesting reading. Barca have claimed five wins of the previous 14 games with Juventus also on five. The La Liga giants eased to a 2-0 win in Italy two months ago and aim to sign off with a victory to progress as group winners.

Barcelona have played five, won five, scored 16 goals and conceded only two. Fans demanded a reaction from their team after losing the La Liga title to Real Madrid last season and they have certainly had one. The Spanish side will target an outright Champions League win this season as well as a return to the head of La Liga. The early signs are very promising.

Despite their great form in this competition, things haven’t been going as well domestically and they were beaten 2-1 by Cadiz on the road at the weekend. That was a massive upset, an own goal from Alcala beaten by strikes by Gimenez and Negredo. They must bounce back to winning ways as soon as possible if they are to appease fans.

Juventus have already secured their passage into the next stages of the Champions League and will be playing knockout football in the new year. That’s nothing short of what was expected of them. Will the Italians accept the runner up spot behind Barcelona at this early stage or will they arrive in Spain looking to make a statement by winning the match and topping the group?

That remains to be seen but the fact neither side need to win this match means it’s in danger of becoming a meaningless 90 minutes. Followers of the Champions League have seen this situation many times before on matchday six. Those planning on watching the live television coverage of the game will hope both teams shoot for the win and put on a display of attacking football. Juventus did suffer their only group defeat at home against Barcelona so will be out for their revenge.

Barcelona haven’t put a foot wrong in this group campaign so far and are looking likely to finish as winners of the pool. A home draw would be enough to see the Spaniard’s protect their unbeaten record while securing top spot. Juventus winning in Spain would send out a message of intent to the rest of the competition.

The pre-match betting for this game on matchday six at 22bet has Barcelona priced at 2.125 for the win with Juventus trading 3.32. The draw is 3.54.

Make sure to bet on Barcelona vs Juventus with 22Bet!