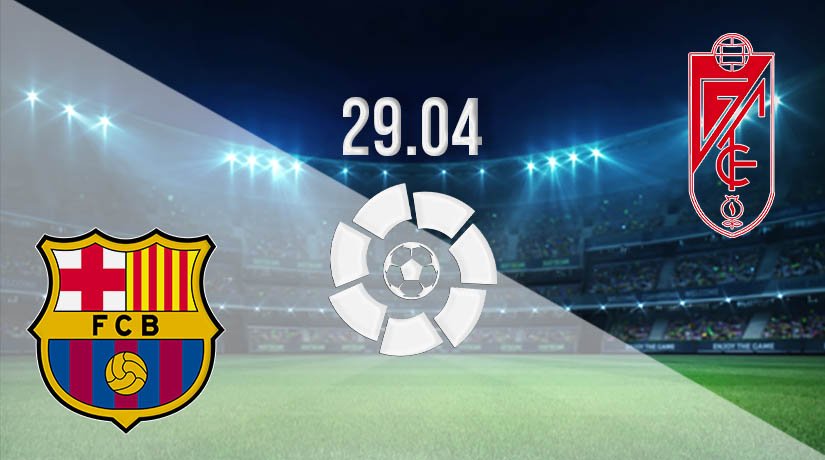 Barcelona returns to league action on Thursday to keep themselves in the race for the La Liga title. They host Granada from 18:00 GMT, knowing anything less than three points would be disastrous and could see them with nothing to play for in the closing few weekends of the season.

This will be the third meeting of these sides this season after they clashed in La Liga and the Copa del Rey. Barca has scored nine goals in the two previous games, beating Granada 4-0 in the league and 5-3 in the cup. That will give followers of the home team confidence going into this crucial midweek match.

Barcelona start the week placed third in La Liga, but there’s still all to play for. They are just two points behind current leaders Atletico Bilbao after 32 games played and will view this as a great chance to crank up the pressure on the leaders and Real Madrid in second. Victory at home on Thursday would send Barca to the top of the table. Winning their game in hand could help them wrestle back the title they lost to Real Madrid back in the summer.

Barca has won four and lost one of their last five league games. They were last seen in action at the weekend when beating Villarreal 2-1 away from home thanks to a double from Griezzman. Villarreal took the lead that day but was not to be denied by a Barca side who have hit form at precisely the right time.

Granada can play with freedom

Granada faces the unenviable task of travelling to play a Barcelona side in great form at the minute. The away team understands the size of the job ahead of them here, but they also know their hosts will be tense, knowing all the pressure is on them to dig out three points and keep their title hopes alive. This allows Granada to play with freedom.

The visitors are eighth in the table after losing three of their last five. They are hoping to improve a place and make it into the Europa League, but that is looking increasingly unlikely with Villarreal seven points ahead in seventh. Defeat here could spell the end of their chances of making it to Europe next term, and that will be the driving force behind Granada ahead of this match.

There’s real pressure on the home team to do as expected of them and win the match. If they stumble here and drop points, it will hand the advantage to the two teams from Madrid who will be fighting it out for the title.

Granada has been written off by most ahead of this game, but they have won two of their last three league starts and arrive with confidence. The longer they can keep this game at 0-0, the more pressure their opponents will be under.

Make sure to bet on Barcelona vs Granada with 22Bet!