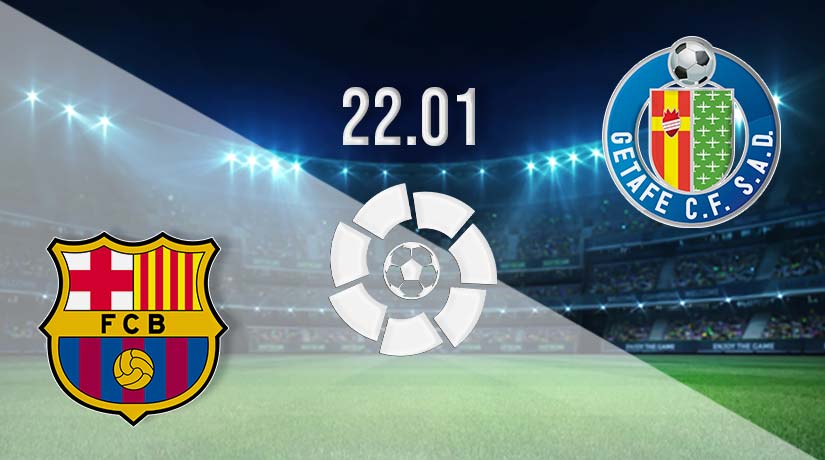 Barcelona will be back in La Liga action for the first time after winning the Super Cup this weekend. They will be looking to stretch their advantage at the top of the standings against a Getafe side that has lost their previous two Spanish top-flight fixtures.

This could yet be a very special season for Barcelona, as they could win four major titles. However, the domestic title is the one that the Catalonian club craves the most. Barcelona look on course to play a prominent role in the title race, as they currently sit top of the tree as we approach the half way stage in the campaign. At present, their advantage over Real Madrid sits at three points.

Interestingly, it has been Barcelona’s defence that has been their trademark this term. The Catalonian club has allowed just six goals in 16 games this term, which is seven better than the next best defence in the Spanish top-flight. In their latest league fixture, Barcelona picked up a 1-0 win on the road against Atletico Madrid. Ousmane Dembele scored the only goal in the Spanish capital.

This looks to be a daunting challenge for Getafe this weekend, as they come to the Nou Camp having lost their previous two games in the league. That has seen them drop to 15th in the standings, and they now just sit a point clear of the relegation places in La Liga.

Getafe was beaten at home in their previous fixture, as Enes Unal scored after just seven minutes in a 2-1 loss against Espanyol. The home side dominated the possession in that fixture, but they could muster only two shots on target. Regardless, they will be aware that their defence will be key for this visit to the Nou Camp if they are to get anything from the fixture.

Barcelona vs Getafe Head to Head

Barcelona has picked up 21 wins from the previous 28 meetings between the sides. Getafe has won just twice over the same period, with four draws having been played out. One of those draws came in the latest meeting between the sides, as Barcelona was held to a goalless stalemate in May.

The latest meeting between the sides may have ended in a draw, but it appears hard to see Getafe keeping this Barcelona side out. The hosts have been excellent throughout the campaign, and we expect them to run out dominant winners on Sunday.