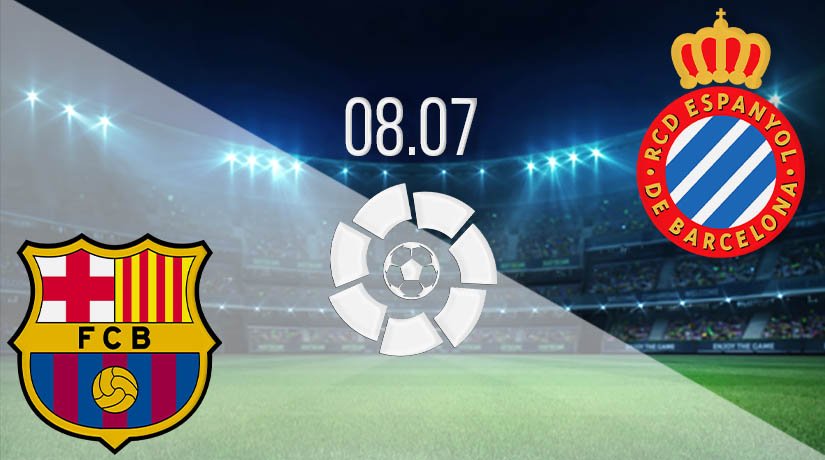 Barcelona produced one of their best performances since the restart in their last fixture and they will be looking to repeat that when they take on Espanyol at the Nou Camp on Wednesday evening.

It has been a tough season for Barcelona, and it looks as though they will be handing their La Liga title over to their arch-rivals Real Madrid at the end of the campaign. Barcelona are still four points behind Real Madrid with four games of the season remaining, and their recent run of one win in four games looks to be pivotal in the season. However, they returned to winning ways in their last fixture in the league as they secured a 4-1 victory over Villarreal.

The performance was one of their best of the season, with Antoine Griezmann and Luis Suarez both on the scoresheet. The victory was confirmed with a fourth goal in the final stages as Ansu Fati fired home. Judging by that performance, Barcelona seems to be back on the right track and they should be big winners again this week against a side located in the relegation places.

Time is running out on Espanyol’s stay in La Liga, as they are eleven points from safety with four games remaining. Defeat in mid-week could signal the end of their stay in La Liga if the sides around them pick up wins. They have been in terrible form since the restart, as they have lost their last five. They have conceded eight goals from these fixtures and have scored just twice. Their most recent defeat came against Leganes. They also saw Jonathan Calleri sent off in that fixture, which means he will be unavailable for selection at the Nou Camp.

Barcelona vs Espanyol Head To Head

Barcelona haven’t lost to Espanyol in La Liga since 2009, and they have won 16 of the previous 21 fixtures between the two sides. However, Espanyol will take confidence from their performance against Barcelona from earlier in the season as they claimed a 2-2 draw.

While Espanyol claimed a draw against Barcelona earlier in the season, it would be incredibly difficult to believe that they will take anything away from the Nou Camp. Barcelona will win this fixture comfortably against a side that is struggling to win a match. Lionel Messi will likely get his name on the scoresheet in the win.

Make sure to bet on Barcelona vs Espanyol with 22Bet!