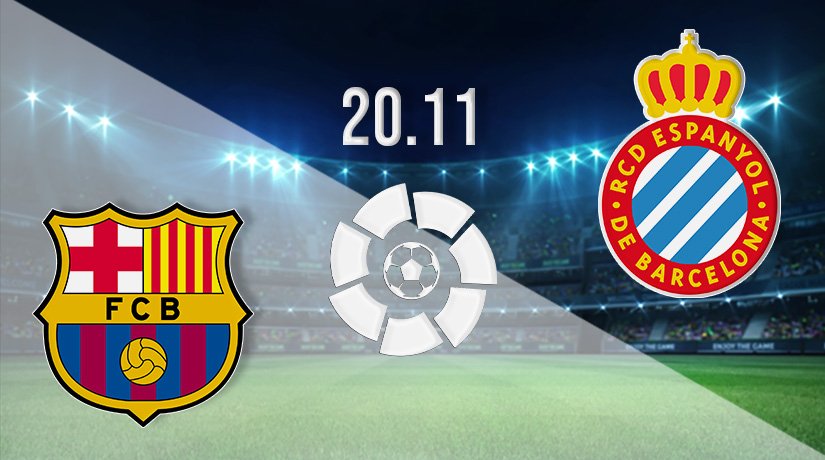 Xavi Hernandez manages Barcelona for the very first time this weekend, as his La Liga giants welcome local rivals Espanyol to the Nou Camp. Pressure will immediately be on Xavi to get his side up the standings and back into contention for a Champions League place.

It has been a busy international break for Barcelona without the Catalonian giants being in action. Two legends of the club have returned during this period. Xavi Hernandez was appointed the new manager of the club following the firing of Ronald Koeman, while Dani Alves also returned to the famous Spanish giants.

However, all the attention will swiftly turn back to the job that needs to be done on the pitch by the Catalonian club. Barcelona find themselves down in ninth coming into this round of fixtures, but a win could take them back into the top six. However, a fifth match without a victory could see them end the weekend in the bottom half of the standings. Barcelona have drew their last two games, with their most recent dropped points coming in a 3-3 draw against Celta Vigo.

Espanyol can overtake their rivals this weekend. A win for the visiting side would see them move onto 20 points, which could be enough to see them end the weekend in sixth depending on other results around Spain.

Their form has been pretty strong in recent weeks, as they have lost just once in five. They won their last game before the international break, as the overcame Granada to win 2-0. Adria Pedrosa and Raul de Tomas scored goals in the first half to give them a comfortable success on the road. However, they will need to be at the top of their game to overcome Barcelona in Xavi’s first game in charge.

Barcelona vs Espanyol Head to Head

Barcelona’s record in this fixture is staggering, as they have won 22 of the 34 fixtures between the sides. They have also won 17 times against Espanyol since the start of the 2008-09 season. The visitors last victory in this fixture in La Liga did come at the Nou Camp, as they won 2-1 in February 2009.

There will be a feel good atmosphere around the Nou Camp on Saturday, as Xavi makes his managerial bow. Therefore, we will side with the hosts taking the points.

Make sure to bet on Barcelona vs Espanyol with 22Bet!