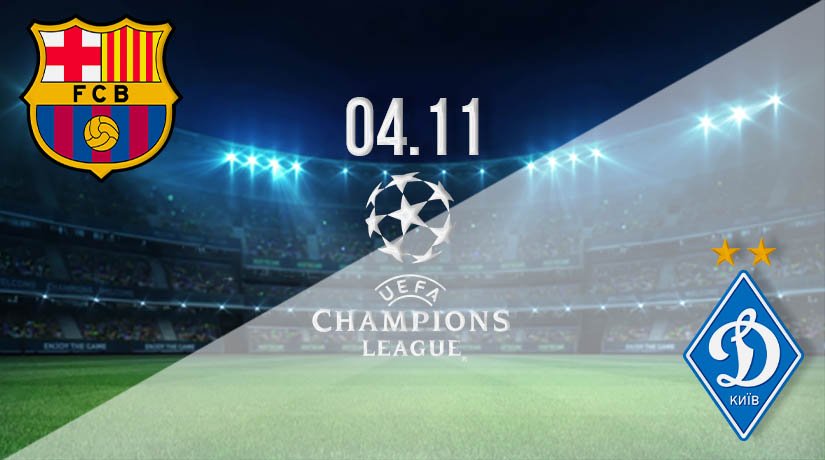 Barcelona and Dynamo Kiev will meet in the Champions League this week, but will the Spanish side be able to make it three wins from three in the European competition this season?

Barcelona have been a different animal in the Champions League so far this season, as they have won both of their group stage games so far. This has been the complete opposite from how they have fared in domestic competition, as they haven’t won in four and current sit in 12th place in the La Liga table.

However, in the Champions League, they have won two from two, and have scored a total of seven goals. They opened their European campaign with a 5-1 home win against Ferencvaros. Lionel Messi, Ansu Fati and Ousmane Dembele all scored in that win. Pedri and Philippe Coutinho also got themselves a goal in that huge win. Their best performance of the season so far came in their second group game, as they managed to beat Juventus away from home 2-0. Dembele opened the scoring in that win after 15 minutes, before Messi doubled the lead in the 91st minute.

Dynamo Kiev will be hoping to finish in third spot in the group, as it would be considered unlikely that they will be taking the second spot above Juventus. Kiev will be pleased with their start to Group G, as they have picked up one point from the two games that they have played. That one point came in the form of a draw against Ferencvaros in their last group game. The two sides played out a 2-2 draw in that fixture, with Viktor Tsyhankov and Carlos de Pena scoring the goals for the travelling Kiev side in that match.

There isn’t much doubt about the team that should be winning this fixture, as Barcelona have been brilliant in the Champions League so far. They will make it three wins from three with a win over Dynamo Kiev this week.

Make sure to Barcelona vs Dynamo Kiev with 22Bet!