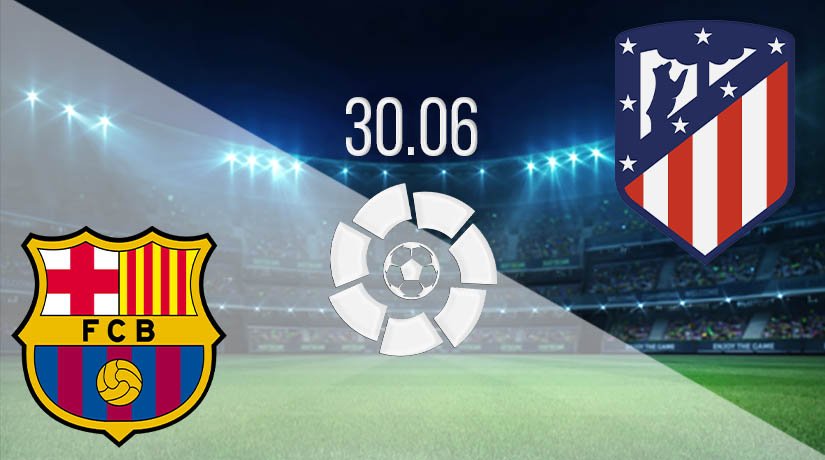 Barcelona’s grip on the La Liga title is loosening with every passing week since the restart in La Liga, and they will be aware that only a win will do when Atletico Madrid come to the Nou Camp on Tuesday.

Real Madrid’s form since the restart has highlighted the problems that Barcelona have, and Zinedine Zidane’s team now has a two-point lead over their bitter rivals with six games of the season remaining. Barcelona will be aware that they can not drop any more points before the end of the season, and that will put extra pressure on them ahead of this clash with Atletico.

Quique Seiten’s side have been unbeaten since the restart, but the two draws that they have got in their previous five games have been pivotal in helping Madrid establish their lead at the top. Barcelona’s first draw since the restart came against Sevilla, with their away form once again proving to be their Achilles heel in their last fixture against Celta Vigo. Barcelona twice went ahead through goals from Luis Suarez, but Celta pulled them back on both occasions.

Atletico have been in great form since La Liga resumed, as they have won four of their five fixtures. It would seem as though Atletico have turned a corner, and their place in the top-four now looks to be a healthy one as they have a seven-point lead over Villarreal. Diego Simeone’s side have conceded just once since in their last four fixtures, while they have scored nine goals in those games. Their last fixture was against Alaves, where Atletico ran out 2-1 winners thanks to goals from Diego Costa and Saul Niguez. Atletico will be hoping to continue this excellent record at the Nou Camp.

Atletico have won just once in the previous ten meetings against Barcelona, with that victory coming in January in the Super Cup. Barcelona have won five times in the past ten, which also includes successive victories at the Nou Camp. The league match earlier in the season was won 1-0 by Barcelona.

This isn’t an easy game for gamblers to call, with Barcelona really struggling to transfer their possession into shots on target. Atletico’s strong defensive record would indicate that they will be tough to break down, which means the most likely result would be the draw.

Make sure to bet on Barcelona vs Atletico Madrid with 22Bet!