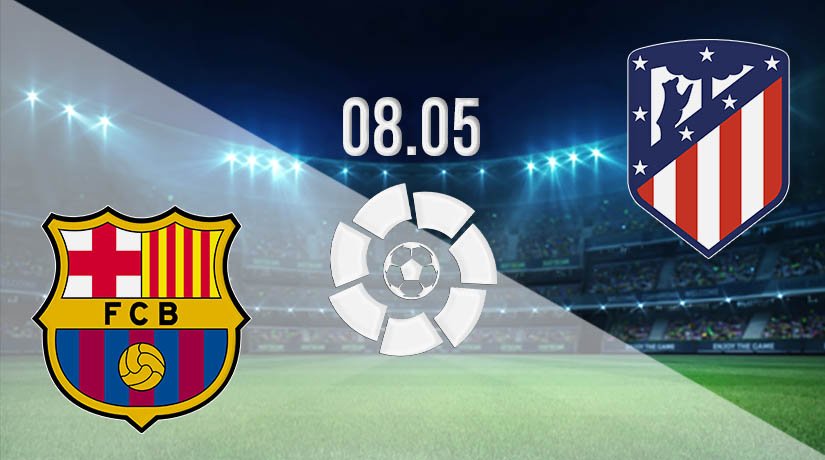 The Spanish La Liga is set for a grandstand finish, and followers are all set for a thrilling round of fixtures this weekend. Barcelona is third in the table but could jump to the top of the league if they can secure a home win over current leaders Atletic Madrid. While their two rivals do battle, Real Madrid will be eager to take full advantage elsewhere. Just two points separate the top three teams in the division after 34 games.

Atletico Madrid may be the away team in this match, but they aim to do the double over Barca, having beaten them 1-0 late last year. Carrasco scored the only goal of the game that day, striking late in the first half to send his men into the break with a slender advantage. Madrid was able to hang on to that lead and collect all three points. In the last four games, there has been no more than one goal between the clubs.

Both teams understand precisely what is at stake here. Victory would see them finish the round top of the league and, with time running out to overthrow them while defeat would be a major blow to their chances of lifting the trophy. These clubs cancelling each other out and producing a draw would surely suit Real Madrid, who is at home to Sevilla on Sunday.

Four-horse race for the title

Barcelona started the week third in the La Liga with 74 points on the board. That leaves them level with Real Madrid in second with Atletico Madrid two points ahead in pole position. Fourth-placed Sevilla is currently four points behind, so it can’t be written off yet either. With four league games still to be played, any one of those four teams could finish as champions, and that’s a great advert for Spanish football after years of dominance from Barcelona and Real Madrid. Which team will hold their nerve to win the title?

Barca boasts season stats of 23 wins and five draws against six defeats, scoring 80 goals but conceding 33. They are the league’s highest scorers, but quite a distance but have conceded just three less than Athletic Bilbao, who are down in 10th. Their recent form is a mixed bag, with three wins and two defeats making up their last five. No team in the top three boast a five-game winning run, but Sevilla does in fourth.

The home team suffered a shock 2-1 defeat at this venue versus Granada late last month, a result that may end up costing them the title. It was an upset that caught many followers of Spanish football off guard but served as a reminder that anything can happen in this division, especially in the later stages, with nerves playing a considerable part. Barcelona bounced back to beat Valencia 3-2 on the road last weekend.

Atletico lead the way with four to go

Atletico Madrid sits on top of the La Liga title with four games left to be played this season. They have been in pole position for most of the campaign but have suffered a dip in form this year which has kept things active and stopped them from running away with the title. Their fate is in their own hands, and Atletico Madrid knows if they beat Barcelona here, they will take a massive leap towards winning La Liga.

The visitors have 76 points on the board, with their stats for the season reading 23 wins and seven draws against four defeats. They have scored 61 goals so far, making them one of the competition’s best in attack and have conceded 22, which is the best defensive record of the competition, and by quite some distance. Their hosts have conceded 11 more goals to date, and that will be a source of encouragement for followers of the away team.

Atletico Madrid has won three, drawn one and lost one of their last five games. They followed back-to-back wins with a heartbreaking loss at Athletic Bilbao in their final game of April but got May off to a flyer when beating Elche 1-0 on the road last Saturday. Llorente scored the winning goal that day on 23 minutes.

A meeting of two teams who know defeat isn’t an option. It’s now a battle of wills as we enter the final month of the season. Atletico Madrid is top of the table at present, but Barcelona has the home advantage and experience of what it takes to get over the line and win a league title. Will that recent title-winning experience be enough to grab them the three points? We’ll find out.

Barcelona’s defence is the problem for fans of the home team, and they have conceded too many goals this season. That will encourage Madrid, and we could see the away team stay in the match by finding the net. The first goal will be vital in this match.

There will be an air of tension in this one, and the desire to avoid defeat may be more than the drive to win the three points. We could see both sides start well but cancel each other out as the nerves grow.

The pre-match betting available at 22bet has Barcelona priced at 1.75 to win the match. Those who prefer to back Atletico Madrid can have them at odds of 4.6 to take the three points home. A draw is yours at 3.78.

There are plenty more ways to bet on the weekend’s biggest La Liga match. You don’t have to predict which side will take the points. The specials include both teams to score yes/no, over/under 2.5 goals, first goalscorer, correct score, handicap, and plenty more. There are dozens of pre-match markets at 22bet.

Many of these remain live throughout the 90 minutes, thanks to in-play betting. The odds update to reflect the current score and flow of the game. A bet is as possible in the last few minutes as it was before kick-off.

Make sure to bet on Barcelona vs Atletico Madrid with 22Bet!