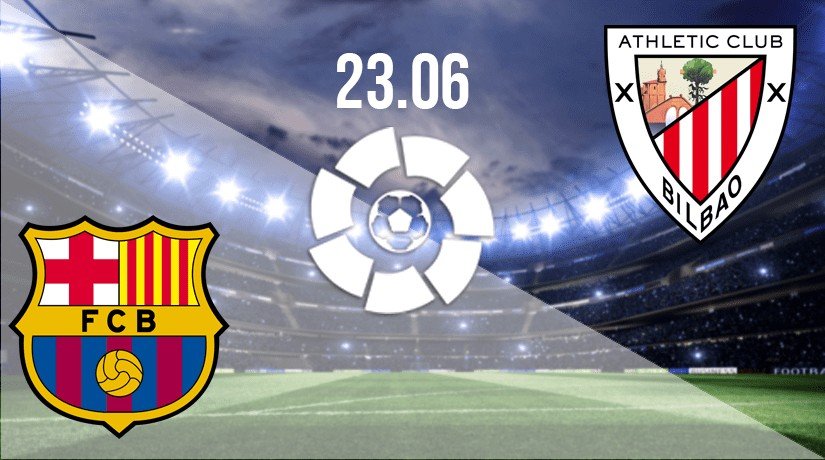 Barcelona will have a huge challenge on their hands over the course of the final eight games of the season, as they are now relying on Real Madrid to drop points in the title race. Athletic Bilbao will not make it easy for them, but can Lionel Messi fire the Catalonian side back to the top of the league?

Barcelona’s hunt for a third straight La Liga title was made a lot more challenging over the weekend as they surrendered their place at the top of the league to Real Madrid. Zinedine Zidane’s side went to the summit, as they were victorious over the weekend, while Barcelona could only muster a draw at Sevilla.

The head to head advantage means that Real are league leaders, but Barcelona could go back top this week before Madrid take to the field. The draw against Sevilla was a disappointing result for Barcelona as they never looked like scoring the fixture. They will be hoping to return back to winning ways this week as they host Athletic Bilbao at the Nou Camp.

Athletic Bilbao have been in decent form since the restart as they haven’t lost in La Liga yet. Since restarting the competition, Bilbao have drawn twice and won once. That victory came in their last league outing against Real Betis. The only goal of the game was scored in the opening ten minutes by Inigo Martinez.

They were defensively solid for the rest of the match as they kept their first clean sheet since the restart. Bilbao still have hopes of achieving a top seven finish as they are just five points behind Villarreal and Real Sociedad. However, they will be relying on the sides above them to slip-up to give them a chance.

As many would expect, Barcelona have enjoyed success against Athletic Bilbao in the past meetings as they have won 28 times. Bilbao have won on six occasions, while there have been nine draws. However, Bilbao have not lost to Barcelona in two years, and have beaten Barca twice this season already.

Barcelona would be wary of their recent record against Bilbao, but they will come into this fixture with a point to prove after dropping points against Sevilla. It is hard to see past the home side claiming the three points, but it may not be one of their most dazzling performances.

Make sure to bet on Barcelona vs Athletic Bilbao with 22Bet!