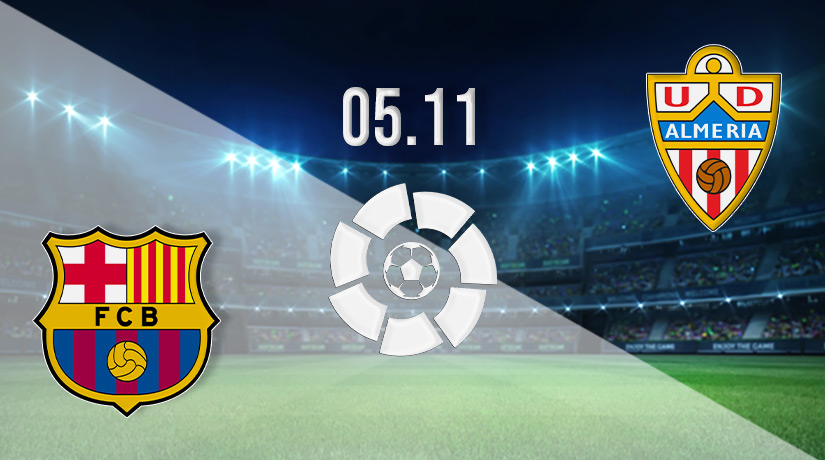 It looks set to be a thrilling title fight in La Liga this term, which means every point will be crucial. Barcelona could move back to the summit this weekend when they host Almeira, who will also be looking for a second straight victory.

It has been a strong start to the season for Barcelona this term, and that has given them every opportunity to make a title challenge. However, the standards that they have set over the early months will need to remain if they are to claim Real Madrid’s crown. The Catalonian side has won two of their opening 12 fixtures this term, with their only defeat coming against Real a few weeks ago.

Since that defeat, they have responded excellently, winning each of their previous three fixtures in La Liga. Their most recent victory was picked up on the road in their previous fixture, as Barcelona managed to edge to a 1-0 victory against Valencia. The only goal in the fixture was scored in the 93rd minute, with Robert Lewandowski breaking the deadlock in dramatic fashion.

Almeria will be happy enough with the start to the season that they have made this term, as they sit 12th in the overall standings. They have picked up four wins from the 12 games that they have played, and they could move into the top half of the standings with a victory against Barcelona this weekend.

However, they come into this fixture having picked up just a single win in their previous two fixtures. Fortunately, that victory did come in their most recent fixture, as they secured a 3-1 win at home against Celta Vigo. Lazaro levelled the scores in that fixture, before two further goals were added by Cesar de la Hoz and Inigo Eguaras.

Barcelona vs Almeria Head to Head

Eleven of the recent 13 meetings between these two sides have been won by Barcelona. That includes a run of six straight victories for the Catalonian giants. The most recent victory secured by Barcelona against Almeria came in April 2015, as they landed a 4-0 success.

We expect Almeria to put up a solid fight in this fight on Saturday, but we struggle to see any other outcome than a Barcelona victory. We can see the Catalonian club picking up a 3-0 win at the Nou Camp.

Make sure to bet on Barcelona vs Almeria with 22Bet!