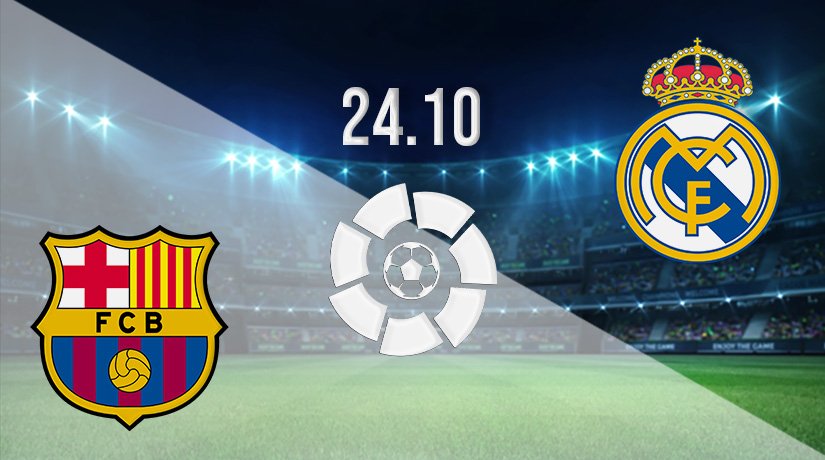 Football fans are treated to one of the greatest derbies in the world this weekend when Barcelona and Real Madrid renew rivalries. The La Liga sides both missed out on the title last season, beaten by a determined and deserving Atletico Madrid, but these teams are determined to battle back.

An early season win over their main rival for the trophy would do wonders for team morale while showing critics they are serious and talented enough to win back the La Liga title. This promises to be a thrilling contest at the Camp Nou.

Real Madrid sit higher in the league table than their hosts and are thought to have a better chance of winning the league this season, but there’s still plenty of football to be played. Followers of the top tier in Spain know one thing for certain, nothing can be taken for granted at this level.

Victory for Barcelona in front of their fans would blow the title race wide open, throwing them into the running and proving they can’t be written off. Will they achieve that, or will we see the three points head to Madrid?

As you would expect, with two of the biggest names in Spanish football and two sides known worldwide, the stats attached to this fixture make for interesting reading.

Barcelona are the top dog here with 32 wins against the 25 of Real Madrid and 21 draws, but Blancos are narrowing the gap and are unbeaten in their last four matches against Barca, winning three on the bounce.

Long season lies ahead for Barca

Following a difficult summer when the club were forced to release star player Lionel Messi to help balance the books and bring the club in line with financial fair play rules, the season has begun slowly for Barcelona.

Followers didn’t know what to expect from them this year as the squad battles against restrictions imposed upon them while still trying to maintain the same high standards the club is famous for. Will they win the La Liga title this season and cap one of the most remarkable comebacks in sport? It’s a big ask, but the club are no stranger to glory or upsets.

After eight games played, we find Barcelona down in seventh place in La Liga with their stats so far showing four wins and three draws against one defeat, scoring 14 goals but conceding eight. They have a tally of 15 points, which places them just five off the pace set by Real Sociedad, meaning a win here would shake things up.

It’s not just three points on the line here for Barcelona, but the chance to prove there’s still plenty of fight left in the team. They are down but not out, and the squad is packed with star names with experience of winning major trophies across Europe.

Barcelona suffered their first league defeat earlier this month when going down 2-0 at the home of current champions Atletico Madrid. Few expected them to win that match, and Atletico were fully deserving of the points.

First-half goals from Lemar and Suarez helped sink Barca, who had no reply and was rather fortunate not to concede a few more on the day. Better is required if they are to defeat the other team from Madrid, but those loyal to the Barca cause expect their players to step it up at home.

With Barcelona’s off-field problems this summer, including the exit of Messi and Atletico Madrid losing a few of their star names, the league looked set to be on its way across the city to Real Madrid. Many respected pundits expected Blancos to take a hold of the division early and push on, wrapping things up with plenty of time to spare.

That may still prove to be the case for these title favourites, but they are being made to work every step of the way by those around them. We are witnessing one of the most competitive renewals of La Liga in living memory, and that’s great for neutrals.

The visitors arrive at the Camp Nou with their stats showing five wins and two draws against one defeat with 22 goals scored and ten conceded. A fair effort, even by their high standards, but Real have taken just one of the last six points available to them in the league, suffering defeat before slipping to a draw last weekend.

Failure to win this match would increase the pressure on the Madrid squad as they dropped further off the pace. At present, they are second in the league table behind current pacesetters Real Sociedad, who have three more points on the board.

That first defeat of the year for Real Madrid was inflicted by Espanyol last time out, with the final score in that match reading 2-1 to the home side. It was a surprise victory but a deserved one with Espanyol moving into a 2-0 lead thanks to goals from de Tomas and Vidal before Benzema hit back for the beaten side.

Since then, Madrid have had a game against Athletic Bilbao postponed and hammered Shakhtar Donetsk 5-0 away from home in midweek on Champions League duty.

Regardless of the winner of this match, football fans are in for an enjoyable 90 minutes of play as Barcelona and Real Madrid go toe to toe. The home team may not be at their strongest and have plenty going on behind the scenes, but they will leave their problems at the door and concentrate on the one thing they are in control of – winning matches and picking up important La Liga points.

The players certainly won’t need to be encouraged ahead of this derby.

Real Madrid have the stronger team on paper, but matches at this level aren’t won and lost on the stats sheet. This will be a passionate affair with some of the sport’s top names on show.

Real Madrid’s recent form has been poor, and they will see Barca as a wounded animal, but improvement is expected, and, at their best, they are good enough to collect a crucial three points.

The pre-match betting odds available at 22bet to registered members has Barcelona at 2.54 for the win with Real Madrid 2.53 and the draw 3.78.

Make sure to bet on Barcelona v Real Madrid with 22Bet!