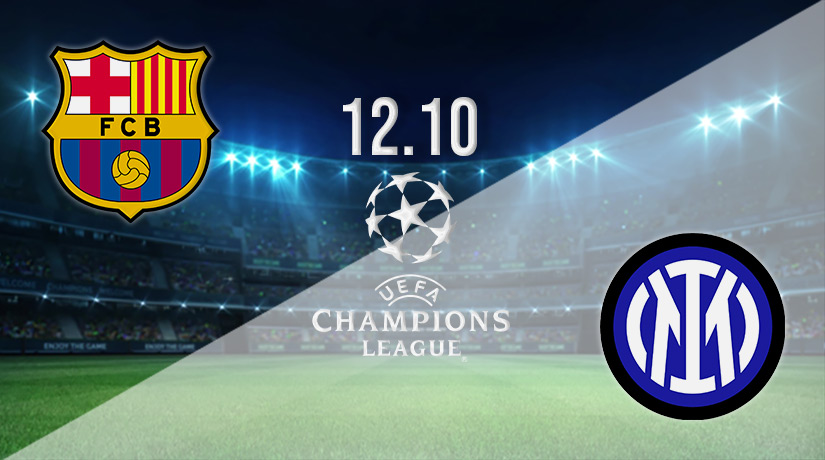 Welcome to round four of the UEFA Champions League 2022/23 group stages, and the games continue to come at us thick and fast. Barcelona host Inter Milan at the Nou Camp in a game that will be worthy of the final, and it would come as no surprise to see these rivals battle it out later in the tournament. Both have the quality and experience to go deep into this year’s play and challenge for the Champions League. But which side will win this game and secure a vital three points, as well as the bragging rights for their supporters?

That’s exactly what we plan to find out in this article, with our team of football pundits and sports betting experts previewing the match. We browse the form and trends, bring you up to speed on any injury concerns for either side and rummage around in the head-to-head stats. Barcelona are the home team and pre-match favourites in the betting, but Inter Milan shouldn’t be overlooked here. They come to Spain to win and are good enough to achieve that.

The history books show that Barcelona and Inter Milan have met 15 times in the past, with the Spaniards dominating the win column. They are already on eight victories, with just the three for Inter Milan and four games ending in a draw. There has been no more than one goal between the pair in four games, a run that stretches back to October 2018 when Barca won 2-0 here. Another tight match looks to be on the menu.

Barca is feeling the pace

Barcelona is one of the biggest names in European football and has a rich history of competing in Champions League finals, but they are already feeling the pace in Group C this year. That pool consists of Barcelona, Inter Milan, Bayern Munich and Viktoria Plzen. There are a few contenders to the crowd this season, but Group C appears to be the group of death. It would have been a shock to see any team other than the big three win this pool, and the fact the eventual winner of this trophy could emerge from this set makes it even more interesting.

Barca start round four in third place with three points collected from the first nine that was available to them. They got off to the best possible start, bagging three points on matchday one when doing as expected and beating Plzen. They have lost each of their opening three games, as expected, and will likely finish in fourth place, exiting European competition at the earliest opportunity. That takes the shine off Barcelona’s win a little.

The La Liga side followed that win on week one with defeat in round two and again three. They were beaten by Bayern Munich on matchday two in what was a stunning 90 minutes before slipping to defeat against Inter Milan last time. If FCB does as many expect them to and beat bottom club Plzen to secure top spot in the league, that makes this a must-win for Barcelona. Suffer back-to-back defeats against Inter Milan, and their quest for qualification will be over.

Milan is almost there

Inter Milan is one of the biggest names in football at this level, and despite being hit with the handicap of being included in the toughest group of them all, the Italians are holding their own. This is nothing new to Milan or their fans, who are used to doing things the hard way. They know they are good enough to be back challenging for the Champions League trophy but will have to be at their best in every game.

The visitors arrive in Spain sitting in second place in the group with six points claimed from a possible nine. Bayern Munich beat them on matchday one, but there’s no shame in that result, especially during the group matches. Milan improved to take a maximum of six points from their next two starts, beating Plzen and Barca. That threw them back into contention, and the pool now sits on a knife edge. There’s all to play for in the coming two weeks.

Inter Milan were last seen in action at his level beating Barca 1-0 in Italy a week ago. Milan were the favourites to make home advantage count that evening, and they did as expected, battling for the points and finally getting across the line thanks to a single goal from Calhanoglu in added time at the end of the first half. 1-0 is rarely enough to win a football match of that magnitude, but it was on that occasion with Milan fully deserving of the win and points.

Barcelona will be backed by the home support on Wednesday evening, but they will need all the help they can get. There was nothing from last week’s match in Italy that would suggest the Spaniards can’t win this game. We expect it to be a technical, nervy battle between two sides that know the damage a defeat would do to their chances.

Inter Milan won the points last week against the same opponent but got nothing for free on that occasion. They had to roll up their sleeves and fight for the win, with more of the same expected. A share of the spoils wouldn’t be a bad result for Inter Milan, and it would keep Barcelona in the running, but the away team will believe that they can win this.

The pre-match betting odds available to all registered members of 22bet has Barcelona priced at 1.392 to win this game. Inter Milan has been chalked up at 7.3 to do the double and win to secure their spot in the next round.

A draw would be a fair result for both teams, and you can try the level finish in your pre-match predictions at 5. Most markets will remain live and available to bet on throughout the 90 minutes.

Make sure to bet on Barcelona v Inter Milan with 22Bet!