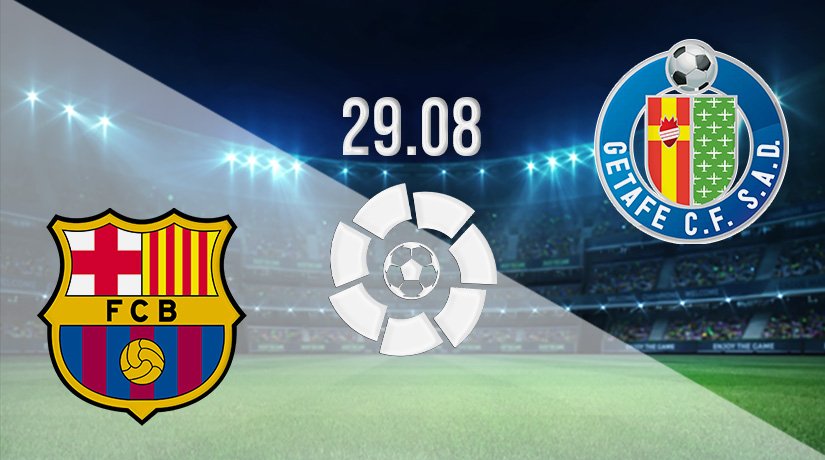 The new La Liga season is already three weeks old and followers of Spanish football’s top division have already been treated to their fair share of early drama. Atletico Madrid finished as surprise champions last term, but the race is now on for the 2021/22 crown, with Real Madrid and Barcelona expected to serve up a strong challenge. Barca have started life without Lionel Messi as the club aims to balance the books and operate with much lower running costs. Will that harm their attempts to fight back to the head of La Liga? Armchair followers of Spanish football can’t wait to find out.

Barcelona host Getafe on Sunday in the first of four games to be played in the division. That match is scheduled for a 16:00 kick-off and will be viewed by a sell-out audience at the Camp Nou, boosted by the millions watching the action live on TV. So far, the hosts are unbeaten, and many respected pundits expect them to add another three points to their tally with a home win over Getafe. The visiting side arrives on the back of two defeats and are already stuck down in the relegation zone.

Looking through past meetings of Barcelona and Getafe in the hope of uncovering some clues as to how this renewal might play out, we note that Barca won 5-2 when last hosting Getafe, with that landslide win coming back in April. Fans of the club and neutrals would love to see another seven-goal thriller, but the home coaching staff would be happy with a win of any description as well as a tighter defence. Getafe won 1-0 when last hosting Barca, and that gives the underdogs confidence.

This is a crucial season in the history of Barcelona, the most important in decades. Fans of the decorated club spent the summer months reading the newspapers in astonishment as their team were forced to release star player Lionel Messi as they couldn’t afford to pay his wages. Both parties attempted to strike a deal with Messi agreeing to a 50% wage cut – the most allowed by Spanish law – but it wasn’t enough to balance the books. In the end, Messi left Barca with a heavy heart, signing for French Ligue 1 side PSG. How will Barca contend with losing their best player? We’ll find out in the coming weeks and months.

The home team got off to the perfect start when bagging all three points on matchday one thanks to a 4-2 victory over Real Sociedad at this venue. The points were more important than the performance that day, and they got the job done in style. Braithwaite bagged a double in that victory with the other goals scored by Pique and Roberto, the latter adding a fine finish to the match in stoppage time. Despite winning at a canter, the Barca defence was breached twice, with Sociedad scoring two late goals on 82 and 85 minutes.

Encouraged by that strong start, Barca took on their first road trip of the new season but managed only a draw away to Athletic Bilbao. It was a game they were favourites to win, but Barcelona fell behind to a Martinez strike in the second half’s early exchanges. Depay was the man to get his side level again, and he did it in style when finding the net on 75 minutes. 1-1 was the final score but not before some late drama as Garcia was sent off for Barca in added on time at the end of the play.

Followers of Getafe were under no illusions as to how difficult this season was going to be for their club. A top-half finish is seen as a decent return for everyone connected to the team, with a place in one of UEFA’s competitions as a bonus. There are still many hours of football to be played, but the way Getafe have started the season suggests there will be many difficult games to come. The visitors make this journey to the Camp Nou with no points on the board from their first two attempts. They are down in the relegation zone as a result, with two goals separating them from bottom club Rayo Vallecano.

Week one of the new season started with a trip to Valencia and the club’s first defeat. They didn’t play badly that day and asked questions of Valencia but were unable to take their chances and looked to be a yard or two off the pace, which fans hoped was down to the players still lacking a bit of fitness. That match ended in a 1-0 defeat and was packed with talking points. Each side had a man sent off, and Soler scored the winning goal from the penalty spot inside the opening 11 minutes of play. It was a hectic start but one that returned zero points for Getafe.

On matchday two, we saw them make their home ground debut for the season when welcoming Sevilla on Monday night. There was very little for armchair fans to get excited about in a match that was shown live on TV across the continent with far less drama than Getafe’s first game. Sevilla won the match and the points thanks to Lamela’s goal with 93 minutes on the clock. A late sucker punch for Getafe, who must’ve thought they had done enough to merit a share of the spoils.

Barcelona have enjoyed a decent start to the season and are in a much better position than their opponents after two games. However, a draw is rarely seen as a decent result for a team of Barca’s standing in the game, and the players will be eager to bounce back from last weekend’s result. Fans view that 1-1 finish as two points dropped rather than one gained and will ask the players to give them a stronger showing at home.

Getafe have endured a miserable start, and the danger is the players could begin to feel sorry for themselves. They have played well on both occasions, losing only to a penalty and a stoppage-time goal. There are many positives that can be taken from their efforts, but a good performance isn’t enough. Getafe need to get points on the board as soon as possible. It’s likely they would see a draw as a decent return from this road trip.

The pre-match betting available to registered members of 22bet has Barcelona priced as favourites to win with odds of 1.41 up for grabs. Getafe are 7.8 outsiders to land the away victory and their first three points of the season while a draw is 4.62.

Make sure to bet on Barcelona v Getafe with 22Bet!