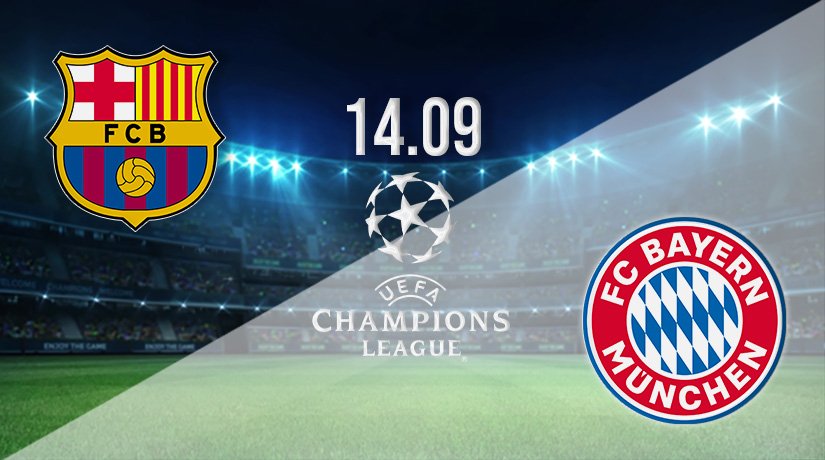 It’s a date that has been highlighted in the diary of many football fans across Europe since the start of the year. The Champions League group stages get underway this midweek, with round one played on Tuesday and Wednesday. There are some mouth-watering games on the schedule but none quite as exciting as the one in Spain where Barcelona face Bayern Munich. The winner of the Champions League trophy could emerge from this match, and it would come as no major shock.

These teams rank amongst the biggest in Europe and although Barcelona isn’t currently the champion of Spain and are trying to adjust to life without star player Lionel Messi, they will be desperate to make home advantage count. Barca will be eager to lay down a marker for the group and show they are well along the road to recovery. To achieve that, they must defeat the champions of Germany. Easier said than done.

As you would expect, these teams are no strangers to meeting on the big stage and have provided us with some classics over the years. The head-to-head stats currently stand at seven wins for Bayern Munich with two draws and a couple for Barcelona from 11 previous encounters. The most recent clash was a stunning 8-2 victory for Bayern last summer. The stage is set for the fightback.

It has been a summer to forget for Barcelona fans as they suffered a fate similar to supporters of most other clubs when seeing their team cut players to help balance the books. Messi was the top name to exit Spanish football in pre-season with the Argentinian star signing for French Ligue 1 side PSG in a move that seen the Little Magician rake in a huge wage. His former employers must now look to the future.

It’s not like the La Liga side is low on talent or scraping the barrel looking to put together a strong team. Even without Lionel they remain a side capable of challenging for domestic honours as well as another Champions League trophy. Barca remain one of the early favourites with pundits to be crowned kings of Europe once again and they can showcase their talents by defeating one of their main rivals on matchday one.

The home team were last seen in action beating Getafe 2-1 at this venue late last month. Roberto and Depay scored the winning goals that day. They have enjoyed a bit of a break and time to prepare for this game after their match at Sevilla on Saturday was postponed. The locals should benefit from the extra planning.


Bayern out to flex their muscles

Bayern Munich made headlines when putting eight past Barcelona last time and there are no doubts the La Liga side were stronger then than now. The Bundesliga champions will roll into town looking to flex their muscles once again. Another eight goals is highly unlikely but those camped inside the away dressing room will be out to make a similar kind of statement. They’ll want to win well, score a few goals and hit the ground in this group as early as possible. Supporters believe they’ll do just that.

Munich has made a typically strong start to the defence of their German title and is unbeaten in their opening four games. That run consists of three wins and a draw with 10 points on the board, placing them second in the league. At present, only Wolfsburg have a better strike rate, winning each of their first four games to move into pole position. Taking an early lead is one thing but holding on to it is often the difference between challengers and champions.

The visitors warmed up for this game with a trip to RB Leipzig. The Bulls are often picked out by German football fans as the main danger to Munich’s title, but there was no competition that day with Bayern strolling to an emphatic 4-1 victory. Goals from Lewandowski, Musiala, Sane and Choupo-Moting were enough to seal the points. It was the perfect preparation for a trip to the Camp Nou.

Two of the biggest names in European football clash in what is a game for the neutrals. This is sure to feature at the top of the watch-list for most followers of the beautiful game, and the hope is the match lives up to expectations. The stats suggest it will with no fewer than 25 goals shared in the last five meetings.

Barcelona is the home team, but their early season form is shaky, and they have lost each of their last two against Bayern Munich. The Spaniards beat the Germans 3-0 but have since lost 3-2 and 8-2. Those with an eye on the stats when making their predictions for this match may be encouraged to learn half of the last four games involving Barcelona and Bayern Munich have ended 3-0.

The sides have never produced a goalless finish, and that’s great news and if you are tuning in hoping to see goals. Given that stat, it is surprising that one of the teams has failed to find the net in three of the last five. Will that continue?

The pre-match betting at 22bet has Barcelona priced at 3.4 for the home win while victory on the road is 1.96. Fancy only a third draw and first since 2009. The betting has a level finish at 3.98 for those who can’t split the giants.

In addition to the pre-match winner betting odds available, there are also dozens of special markets. These include first goalscorer, total goals, handicap, correct score, half time/full time, anytime scorer and plenty more besides. Many of these options will be available right up to kick-off time and into the match, thanks to in-play betting. Readers with a registered betting account at 22bet can back their predictions and take advantage of all options.

Make sure to bet on Barcelona v Bayern Munich with 22Bet!