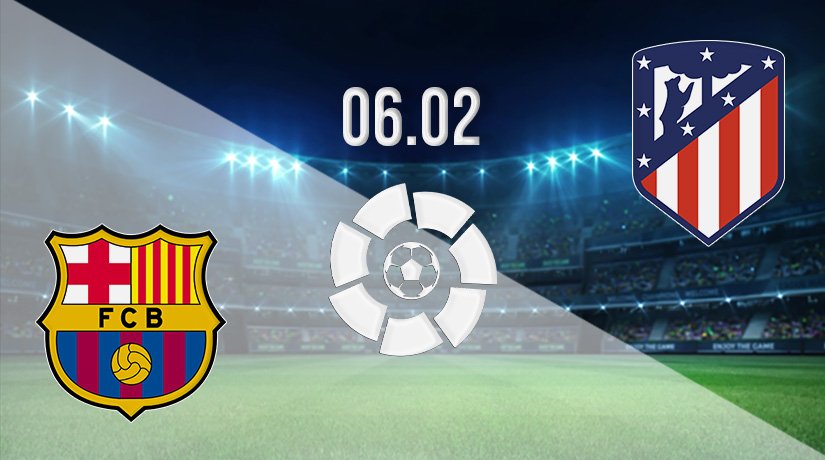 Two giants of Spanish football go head to head on Sunday afternoon when meeting in a hotly anticipated La Liga match. Barcelona welcomes current champions Atletico Madrid to the Camp Nou for a 15:15 GMT kick-off you can follow on television and major live streaming apps. Neither side is expected to challenge for the title this season. Still, both remain determined to smash their way into the top four and secure their involvement in next season’s UEFA Champions League, which remains a possibility at this stage.

Barcelona suffered a nightmare season when forced to release club superstar Lionel Messi, allowing the Little Magician to join French Ligue 1 side and Champions League hopefuls PSG. Barca has struggled for success this season under the weight of a harsh cost-cutting exercise designed to bring them into line with Financial Fair Play guidelines. The squad left behind by Messi isn’t anywhere near as strong as it was at this time last year, but Barca is by no means weak.

Like their opponents, Atletico Madrid was better last season and look likely to lose their title at the first opportunity. Real Madrid is the current leader and favourites to win the title, but it’s dangerous to write either of these teams off. Armchair fans hope for more goals than these sides have delivered in recent meetings. At least one side has failed to find the net in each of the last three games involving Barcelona and Atletico Madrid. Will that trend continue here?

Barcelona suffered from the kind of poor start to the season that was inevitable following that dramatic summer. It took the club a few months to find their feet, and for much of the campaign so far, it was anyone’s guess where they would finish in the league. Barca is never out of the top two in the pre-season predictions but found themselves well off the pace this term as pundits, and La Liga experts throw the weight of their support behind Real Madrid. For the season’s opening weeks, Barcelona struggled and fell off the pace set by Blancos.

They finally appear to have found their feet and set up for this home match on the back of a strong run of form. They may have started the week down in fifth place, but Barca won three and drew two of their last five. They have 35 points on the board, with their stats for the season showing nine wins and eight draws against four defeats, scoring 32 goals but conceding 23. The improving hosts have taken seven of the last nine points available to them, thrusting Barca back into the running for a top-four finish. The 35 points gained means they are one point behind Atletico in fourth but 15 behind leaders Real Madrid.

Barcelona drew 1-1 away to Granada last month but improved to beat Alaves on the road last weekend. That day, the winning goal came from de Jong, who found the net with 87 minutes on the clock to swoop late and clinch a dramatic win. In the three La Liga games played by Barcelona in January, they finished with an aggregate score of 3-1, with both victories coming by way of a 1-0 result. We also saw de Jong score in that spare 1-1 draw when giving his side a lead, only to see Rodriguez Diaz strike a leveller on 89 minutes.

Atletico are off the pace

Atletico Madrid shocked European football last season when winning the La Liga title, hitting the front early and holding off late challenges from Real Madrid and Barcelona. That league win caught many football fans off-guard, but it was nothing less than Atletico deserved following an impressive season. Fans hoped that would prove to be the turning point for their club, and the players would kick on from there, dominating Spanish football and successfully defending their title, filling the gap left by a weakened Barcelona.

What happened at Atletico Madrid was quite the opposite, and the club has gone backwards. They lost a few of their best players from that championship winning season and failed to spend the millions made in transfers wisely. The squad looks poorer this season than last, and you will find evidence of that in their form. Atletico Madrid are fourth in the league with season stats of 10 wins and six draws against five defeats. They have scored 36 goals and conceded 26 with 36 points in the bag. That tally means they are just four points better than Villarreal in seventh and four points behind Real Betis in third.

Atletico journey to the Camp Nou unbeaten in their last three games, bagging seven points from a possible nine. They were last seen in league action claiming an important win over Valencia at home. Madrid claimed the spoils that day thanks to a 3-2 score with the goals scored by Da Cunha, Correa, and Hermoso. That scoreline may have flattered the winning side a little as they were losing 2-1 after 90 minutes before two stoppage-time goals pulled them out of a hole. Fans will want to see a better defence here but plenty more of that fighting spirit.

Barcelona enjoys the home advantage and can take heart from recent good form. An unbeaten run and three wins in their last five games suggest this side have turned the corner and are ready to climb the table. A league win may be a bridge too far this term, but there’s no reason why they can’t apply pressure to the teams above and secure their spot in the top four.

This isn’t the Atletico Madrid side of a year ago, but everyone connected to the club must get over that and fast. They have a battle on their hands to bag a top-four finish, and although nothing will be won and lost in this match, it’s a chance for Atletico Madrid to lay down a marker and show they belong above Barca.

Make sure to bet on Barcelona v Atletico Madrid with 22Bet!