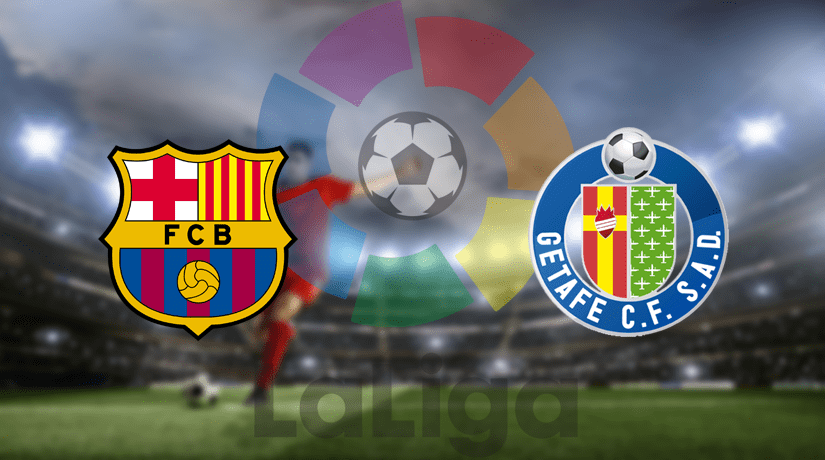 The match of the weekend in the top flight in Spain this week will see Barcelona looking to overcome Getafe. The visitors to the Camp Nou have one of the smallest budgets in La Liga, but they could end this coming weekend with a big win to increase their chances of achieving a Champions League finish this season.

Barcelona have been inconsistent over their past five league games, and that has handed the advantage in the La Liga title race to Real Madrid. Their great rivals now have a three points advantage over the Catalonian club, and also boast a better goal difference. Barcelona have just won three times over their past five league games, while Real have won all five.

They seem to have a clear problem in defense this season, as no other side in the current top five have conceded more than their tally of 28. Quique Seiten is trying to introduce a new style of play at the Nou Camp, and he was pleased with their recent 3-2 win over Real Betis. However, they will have to play better than that to get a win over the in-form Getafe.

The team that is currently placed in the third position have been defying the odds all season, and currently have a three-point advantage over Atletico Madrid, who are sitting in the fifth spot. Only Real can boast a better recent record than Getafe, as the minnows have won all four of their previous outings in La Liga. These victories have come against Athletic Bilbao, Real Betis and Valencia.

Over the course of these fixtures, they have scored six goals and are yet to concede. Their win over Valencia last time out was one of the best performances in La Liga this season. They dominated from start to finish and didn’t even allow Valencia to have a shot on target. If they can match that performance against Barcelona, then they will have at the very least a fighting chance.

The overall record between the two sides doesn’t make for pleasant reading for Getafe, as they have only beaten Barcelona on three occasions. The Catalonian side have recorded 21 successes, and there have been six draws. Getafe average 0.8 goals per fixture, while Barcelona averages 2.3 goals per game against Getafe.

The home side will be without Clement Lenglet and Gerard Pique, who are both suspended. Neto, Luis Suarez and Ousmane Dembele will also be missing.

Damian Suarez will be missing through suspension for Getafe, while Filip Manojovic is a doubt.

Getafe have been one of the stories of the season in La Liga this term. However, if they were to beat Barcelona that would still be one of the shocks of the campaign. Barcelona will know that another defeat will be gifting the title to Real Madrid, so they will ensure that they can get all three points from this fixture.